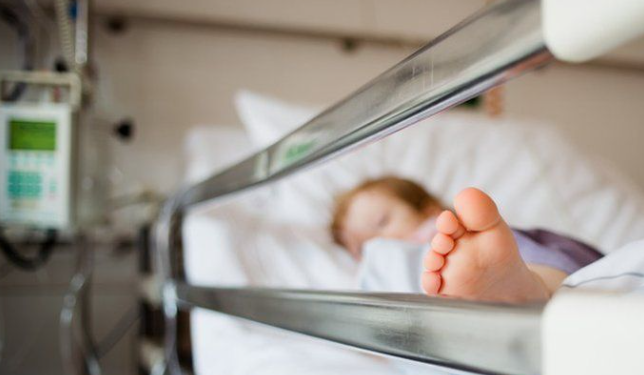 I know I reported on this story last week but there was scant information and now they have ramped it up with their much beloved reporting of a death. Death creates fear like nothing else. I know because I felt it too back in the 80's when they were doing a meningitis scare to sell their new meningitis jab. That was probably the closest I came to caving.

Reading through this news piece there are a few clues. Firstly -

Now what happened about 10 weeks ago I thought. Pretty obvious to me but for those who might not have put 2+2 together -

In the last article before this death there was no mention of covid jabs at all which is suspicious wouldn't you say? As is always the case they will look at ANYTHING BUT their own drugs as a cause of sickness. How can they legitimately take that stance when it is officially, by their own admission, the leading cause of death today. Iatrogenesis. Look it up, it means 'death by doctor'.

This time tho they DO mention the convid jabs. Maybe because people WERE putting 2+2 together and they needed to squash that thinking.

Most people reading that would be satisfied but not me. Firstly they are using word from the UK to rule out the jabs being the cause in IRELAND?? Not very scientific!!
Oh it can't be the jabs coz Dr Knowitall from England told me so in the brown envelope I received last night, hahummmm.
Secondly the UK Knowitall stated that 'in MOST cases' the children had not received the vaccine. OK so if we take that as true (and I suspect it is not true) 'most' means more than half, like 51% so almost half COULD have been vaccinated and even then, if you remember, they were calling people with only one jab as opposed to two, unvaccinated during the adult vaccine drive. So I'd take that statement with two dollops of salt myself.

Yet again tho they are not giving us the age of the child, what 'treatments' they were given or the specific dead child's vaccine status. HIGHLY SUSPICIOUS!!

So what is the general protocol treatment for acute hepatitis? Funny you should ask because it happens to be those lovely 'anti-viral' drugs again. These are the new cash cows for the pharma companies as the old 'antibiotics' are a) not working so good and
b) patents must be running out by now so no longer raking in the big bucks.
So if the jab doesn't do enough damage to the liver the treatments certainly will.

This time tho we DO get a taste of the agenda behind this 'mystery illness' and it's reporting around the world. It is to boost the sales of the CHILDHOOD COVID SHOTS! Obviously parents were being too hesitant this time and rightly so?

So there you have it. Give us one dead child and we will boost your sales to the moon to now terrified parents!!

Meanwhile the 'experts' will continue hunting around for a bogus scapegoat cause down at the biolabs where I'm sure they've got some artist working on a pretty picture of a 'novel' rhinovirus. Just remember they've always told us rhino-viruses (word means 'nose virus') were the cause of the common cold. You just can't make this shit up I tell you.

One other thing worth noting here is the HepB jab which has been snuck into one of the multi-jabs given to children in Ireland (and UK) in the last few years. I have always been of the opinion that the two big cases in 2018 of two specific children dying (Charlie Gard 2017 and Alfie Evans 2018) were the results of a trial of the HepB shots in the UK.
They eventually claimed their deaths were due to a DNA disease which is a bit like the old dr's diagnosis of 'a virus' but with even less proof. In other words utter bullshit but hey, at least it wasn't the vaccines huh??!!

Notice the throwaway line that the jab is 'also' for babies of 'infected' mothers etc? Yes because that was all it was originally meant to be for. What infection?
HIV!!
And so we come full circle to the drive to get everyone HIV tested again. Dizzy yet?

Are you joining the dots yet??

There are NO VIRUSES attacking the liver. The liver's function is to remove toxins from the body. The most common cause of liver failure is an overload of toxins or poisons the most obvious being alcahol. We all know this so how is it that they can't see what is causing it in non-alcaholics? It's pretty obvious to me. DRUGS including vaccines.

This quote from an ND says it all for me -
"When liver toxicity develops, then as long as sufficient vitality exists, the body will attempt remedial action in the form of liver inflammation, a condition that medical authorities refer to as Hepatitis. ( 'Hep' meaning liver, and 'itis' meaning inflammation). The purpose of inflammation is to reduce the liver's toxicity level and to carry out healing and repair. What I am therefore saying is that Hepatitis is not the disease, but in fact, the cure. "--Ian Sinclair ND
Source: http://whale.to/vaccines/hepatitis2.htm

Posted from https://blurt.live
blurtconnect informationwar hepatitis hiv virus vaccines
9 months ago by northern-tracey
770.92 BLURT
28 votes
$1.91
13
Authors get paid when people like you upvote their post.
If you enjoyed what you read here, create your account today and start earning FREE BLURT!
Sort Order:
[-]
clixmoney  ·  9 months ago

That's what they call safe and effective. I'm sure there are more powerful forces that will turn everything against them. I believe in that hard !

What powerful forces do you believe will turn it around? For me it all hangs on the masses waking up and I'm not seeing it yet. Maybe I'm impatient. I was hopeful in 2021 but I'm fading.

I don't know, but I still hope. I see that what they want to take from us. Hope, positivity, happiness. They are for sure not serving good forces. Please don't lose it all. It could be a test, a big test to all of us. Because I don't see any other solution.

Maybe that guy will help. Really positive. Despite, I don't trust anyone recently. But at least I watch him sometimes to not lose my mind at all.

I don't think I'm going out of my mind, it's the rest of the world that's batshit crazy. It just doesn't seem worth trying to open their eyes any more. Those left who refuse to see whats going on are a lost cause.

Yeah, you're right, and I understand what you mean. I just think we should a bit of care about ourselves and family. When I was too much into this, I forget to enjoy the life. And I live too close to Ukraine, so you may know my feeling. I just started to consume less content of what's really going on. I think it's the time to create solutions. What I like in what this guy is doing in the US with his allodium.is project. And also this guy this his skogenbosque.com project in Mexico. They are all aware of what's going on, but they are creating communities free from the system. And I'm sure more of them will be found to join. We just have to find the right one for us. Solutions is what we need now. Before it's too late, and we will lose it all. Maybe that's not positive, but that's what I feel. People should take everything in their hands and make the change needed.

My plan was always to build a place where people can come and stay and help with the garden, growing veg and fruit. It's slow work but am slowly getting there. Using the "if you build it they will come" philosophy.

cool thanx, will do.

A great many more people are looking at the vaccines as possible (obvious if you ask me) causes of these illness. We are making the connections. Now we have to get up the gumption to say "NO" to our pediatricians. And to all of our doctors. Just don't do it.

My local paper has been publishing the breakdown of covid cases into jabbed and unjabbed. The count for the last three weeks now stands at 327 jabbed to 220 unjabbed. Unjabbed means fewer than three injections, so many of those in the unjabbed count have had at least one so-called vaccine. The fully jabbed rate here is just under 50%. Clearly, the lethal injections are CAUSING POSITIVE COVID TESTS. But all the articles finish with "the best way to protect yourself is to get the vaccine." I must be the only person who is reading these articles. It's been going on for months now, but I just started collecting them so that I can prove it.

Theme song for all the farmascum - all of them

And... and... at some point, the new toxic pricks will create the next plandemic.

Don't merely the names of those alleged anti-virals strike dread into the minds of any humane human?
Guess not.

Yes that has been the modus operandii ever since the first vaccine caused the next 'new disease', then new vaccine, then new disease from THAT vaccine and on and on it went until today. It's so clear once you know that the germ theory is wrong.