The Van Kush Family Guide to Indoles and Phenols

If we start to look at the Profiles of Plants, we can see Terpenes as the most simple entry point, but people may want to learn more and create maybe better Cartridges, with various effects, many may not be able to understand right away, so maybe the easiest way to begin is with Kava. Kava may be a good Candidate for Mixing with Delta 8 and other Hemp Derived Cannabinoids, but there is a Flavor barrier for full profile Kava, because it doesn't taste good. The Kava mixes would be with Kava Isolates most effectively. But this would provide a completely different experience than Hemp products alone, the next comparable experience would be Myrcene and THC or Hemp Products, because Mango and Hops, etc, because of the Myrcene, help the Cannabinoids cross the Blood Brain Barrier, meaning less floats around in Blood like Blood Alcohol Content, going to Urine, and more goes to the Brain. There is also a field of FAAH Inhibitors and the like to be studied, MAGLs, but that is a whole other Topic. With Indoles and Phenols, there will be more mixed experiences, maybe like Smelling your Favorite Flower, there are things like Octapamine which is related to Adrenaline, but is activated in Bugs when they Smell Flowers, some plants contain these to attract Bugs and kind of Caffeinate them.

If we look at Terpenes there are various kinds, many are in Fruits and Flowers, Marijuana and Hemp, and things we would all instantly recognize like Menthol from Mint and Lemonene from Lemon Peels. 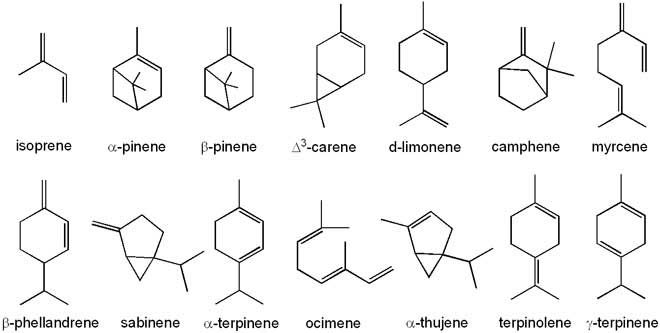 In a previous Guide it was mentioned that Monoterpenes are used to make THC, and that there is Oilahuasca, which uses concepts regarding CY0-450 Enzymes and how to Activate or Deactivate them. This then further gets into what has for maybe 100 years now not been necessarily a Perfumery Persuit, but Organic Chemistry and Biochemistry. Lab Sciences, to make new things. This could even be done in the Vape, so should be studied. This is like studying Drug Interactions, but in a Witchcraft and Potions field, not Medicine, I am not telling you you will be cured of anything, or that this is Medicine, just how it works. 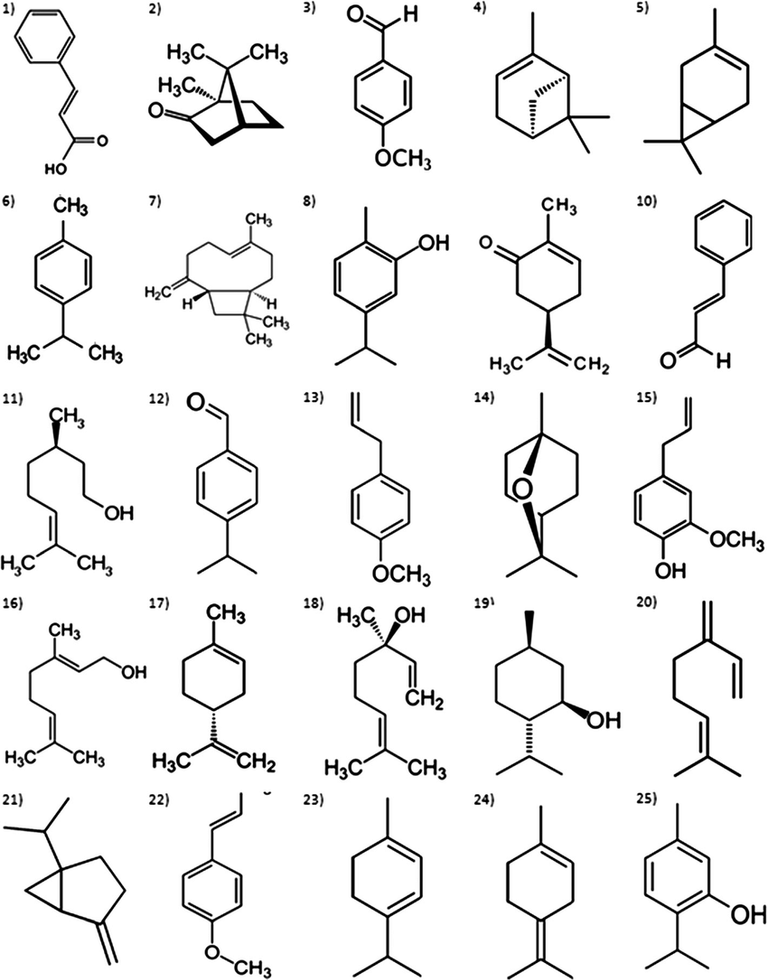 CYP-450 Enzymes can be summed up being Inhibited or Activated, like FAAH Inhibitors, or MAOIs, SSRIs, etc. But mostly like MAOIs and Anti-Oxidants.

Dr. Sasha Shulgin:
"The major essential oil from that spice is myristicin, and it is the easiest source of MMDA. It has been reported that the passage of this oil through the liver of a rabbit will generate MMDA in that animal."

Dr. Sasha Shulgin:
"the synthetic intermediate 1-allyl-2,3,4,5-tetramethoxybenzene is one of the ten essential oils, the amination step from our hypothetical reaction in the human liver would make TA one of the so-called Ten Essential Amphetamines."

Terpenes, or Terpenoids have a large range of effects, and this study is maybe most present in Aromatherapy and Perfumery, but has become very important to the Legal Marijuana Industries. This can be seen in Microdosing, and Sauce Mixes. 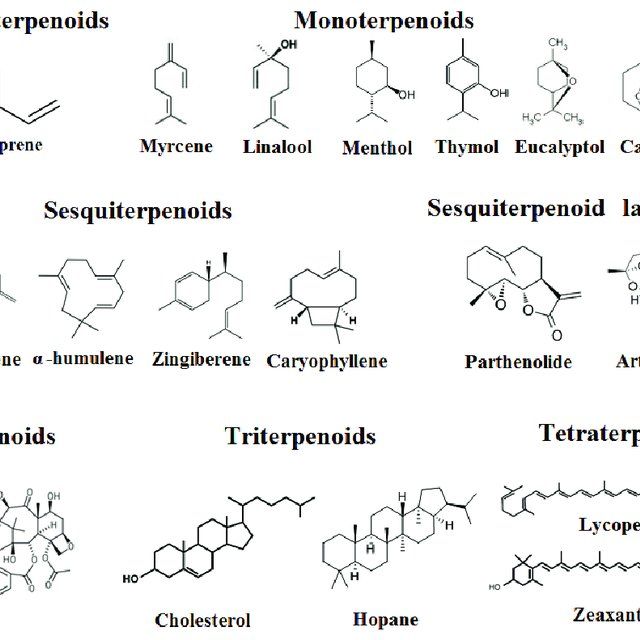 If we take a step further in Plant Profiles we see Indoles and Phenols, or Aromatic Compounds, this then gets into an area where various things are both one thing and another, but then not like every this is not a that, just the ones that are. Indoles and Phenols can maybe most simply be described as your Favorite Flower Smells, sometimes Stinky Smells, Indoles are a wide family of Aromatic Compounds that can be found throughout Nature. Having compared Delta-8-THC and Delta-9-THC and also CBD, etc, you can look at Phenols and Indoles very clearly, seeing Indoles have a Double Ring Structure. 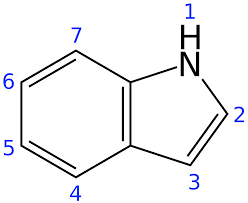 Indole Interaction may be expanded as a knowledge base, this is not necessarily a heavily studied academic field, it is Ancient Witchcraft, you can find spells using Parsley, why? Start looking into it now that you know what you know, and see if there might be a reason, look at different Parsley Strain Profiles also. But the easiest way for everyone to begin to study this field with Indoles, would be the known research into in-vivo Ayahuasca Production, similar to Oilahuasca.
https://drugs-forum.com/threads/l-tryptophan-to-tryptamine-to-dmt-in-vivo.212524/

There are a number of different groups of Aromatic Compounds, just like there are Terpenes, but they are not Mono-, Sesqa-, etc, they are Phenol, Indole, and a wide variety of different kinds of Molecules including Terpenes. 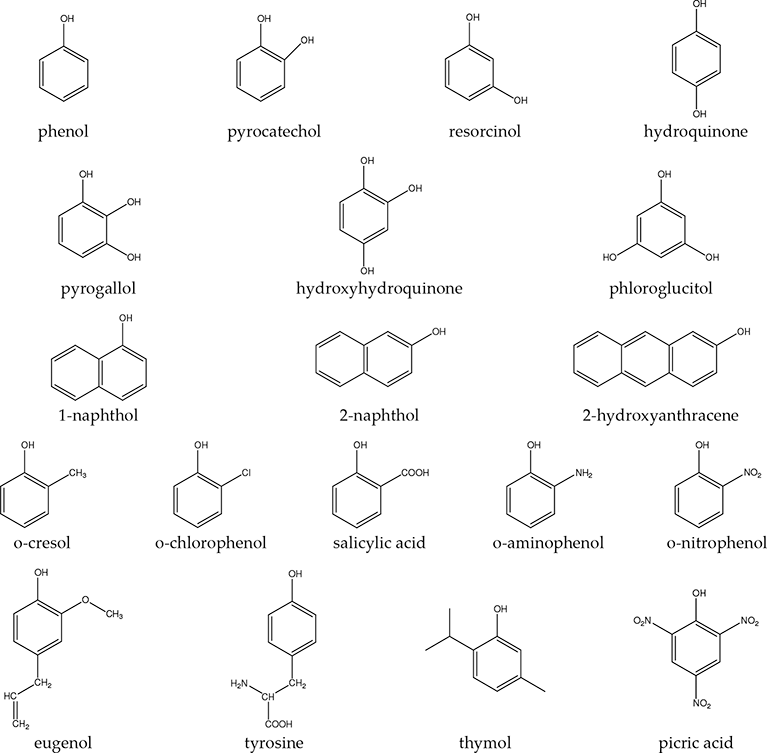 There are many different Compounds that may seem complex, that can be found right in Plants, operating on the Rules of Polarity. Polar and Non-Polar, for extraction. 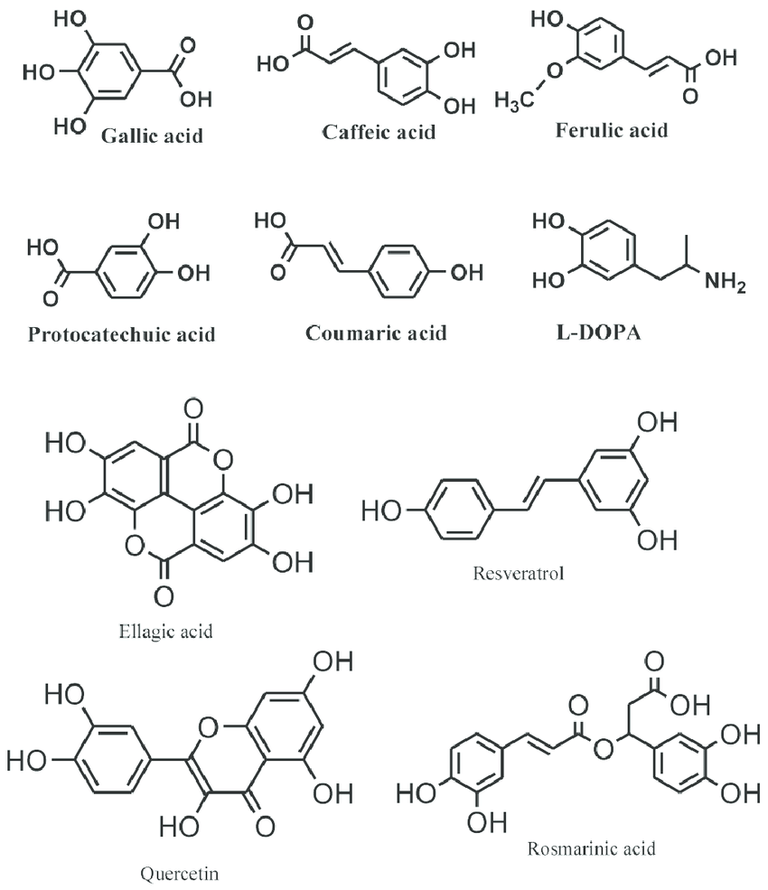 This brings us to the Phenols, comparable to the Indoles but instead of the 2 Rings the Indole has, the Phenols is the Single Aromatic Hexagon, with a Hydroxy. This then expands into a larger Family of Molecules the same as CBD, CBN, CBG, CBC, CBT, may be the basis for many Cannabinoids, and then by replacing Oxygens with Sulfurs, etc, adding Iodos and Bromos for Radioactive Isotopes or Oceanic type Molecules and on and on the possibilities are really endless. 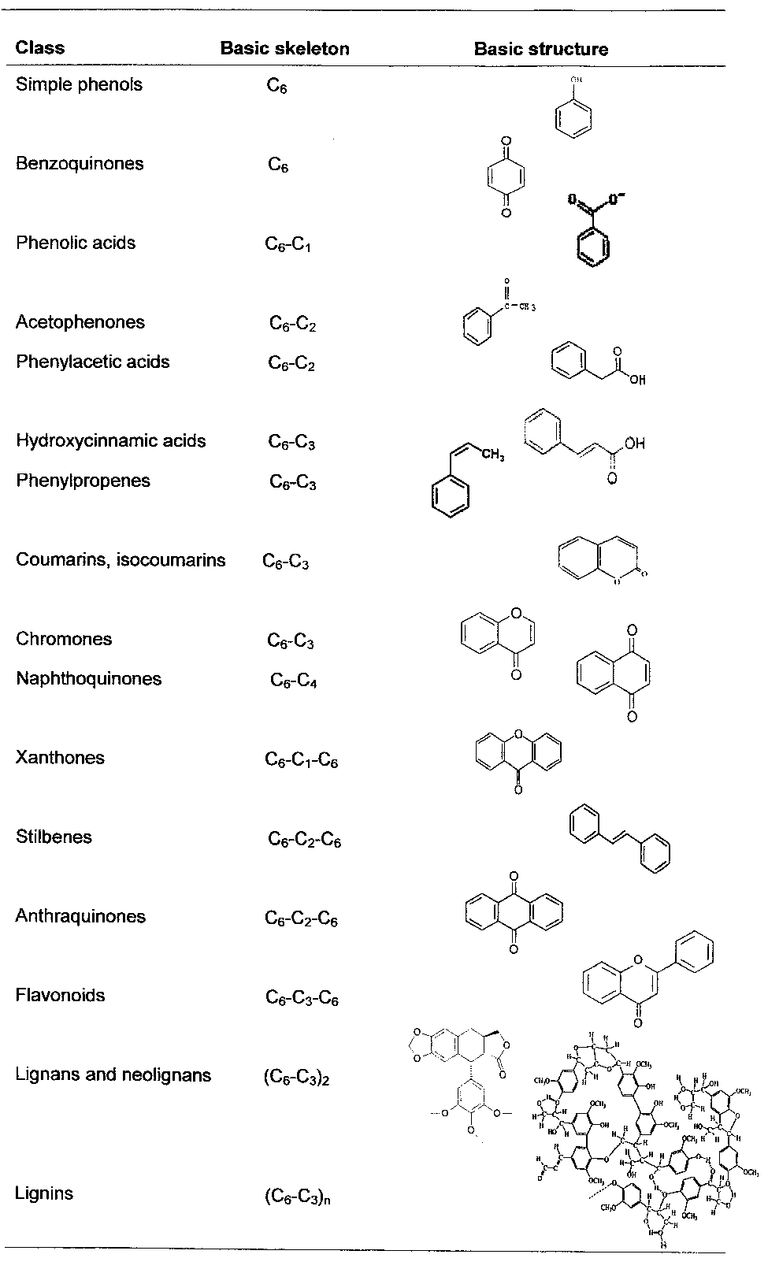 Phenol can be compared to Indole, as well as CBD or THC, to see the kind of structures. 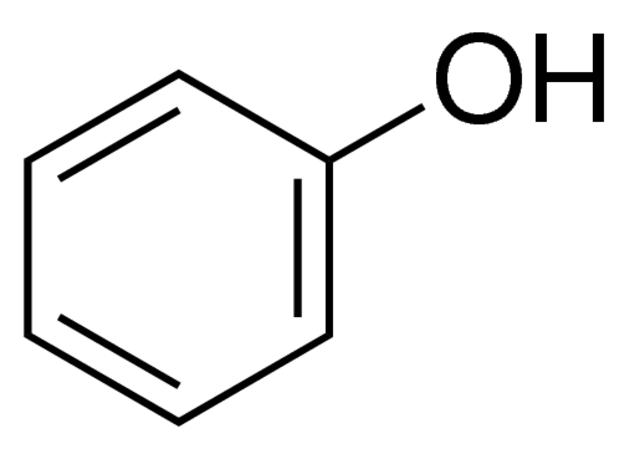 The Single Ring without the OH, Hydroxy, is called a Benzene Ring, and Benzene based structures have been common in Medicine and Candies since Ancient Times, like Camphor. This also gets into Alcohols and Acids, or Aldehydes, and Oxidation and other interactions. 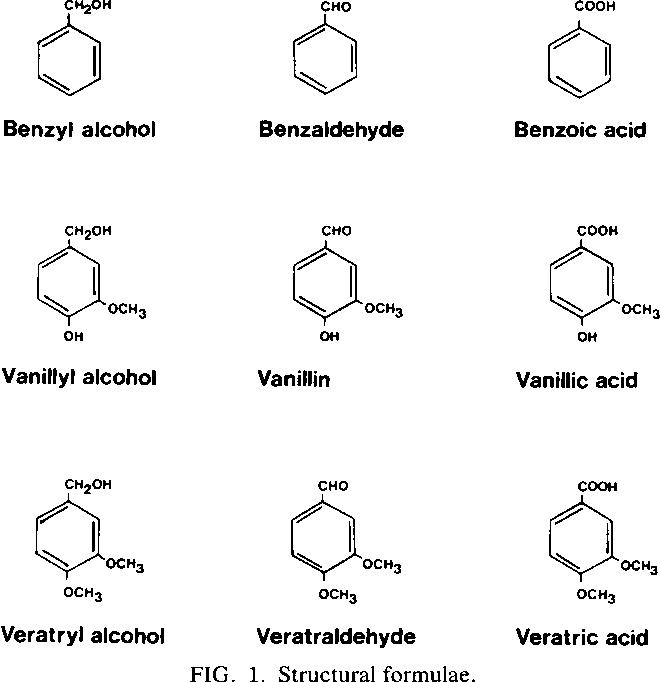 We can look further at kind of the Relatives if Phenol, which are Benzene Derivatives, and also Aromatic Rings. This creates a basis for both an entirely new series of Molecules, as well as interactions with CBD, Delta 8, etc. So if we now step out of the kind of Science, and into the Mixing of Creations for Cartridges, we are now looking at things like Myrcene Interactions, that all have yet to be discovered. This is both Potentiation Research, and Enzymes, as well as Interactions, kind of the Myristicin Sciences, or Oilahuasca as they began. That is where it started. And it is most easily found in Recipes in Books by people like Galen who studied at the Library of Alexandria, or Sasha Shulgin, Spellbooks and Grimoires. But now better revealed through modern Chromotography, which evolved from Nuclear Magnetic Resonance (NMR), and Lab Tests similar to Police Field Tests, different reactions indicating what different Molecules look like, important if no one has ever seen the Structure before. 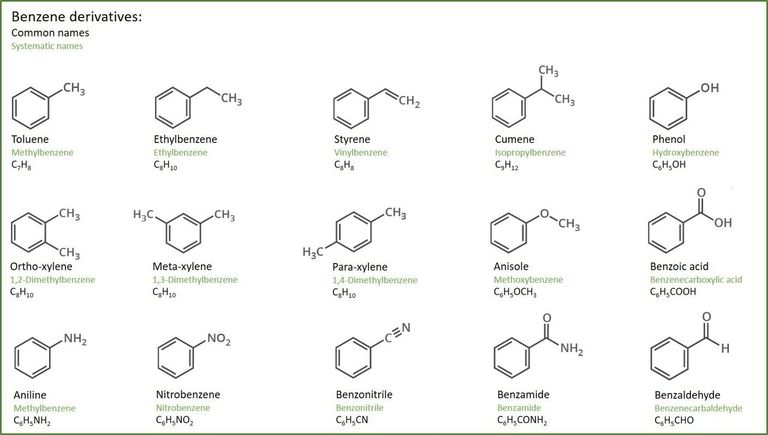 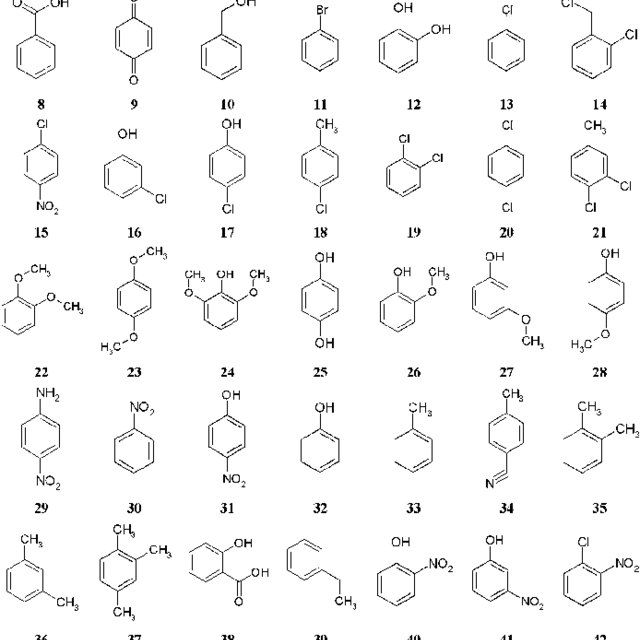 What a detailed research and work put together..keep it up. I'm still waiting to hear from you