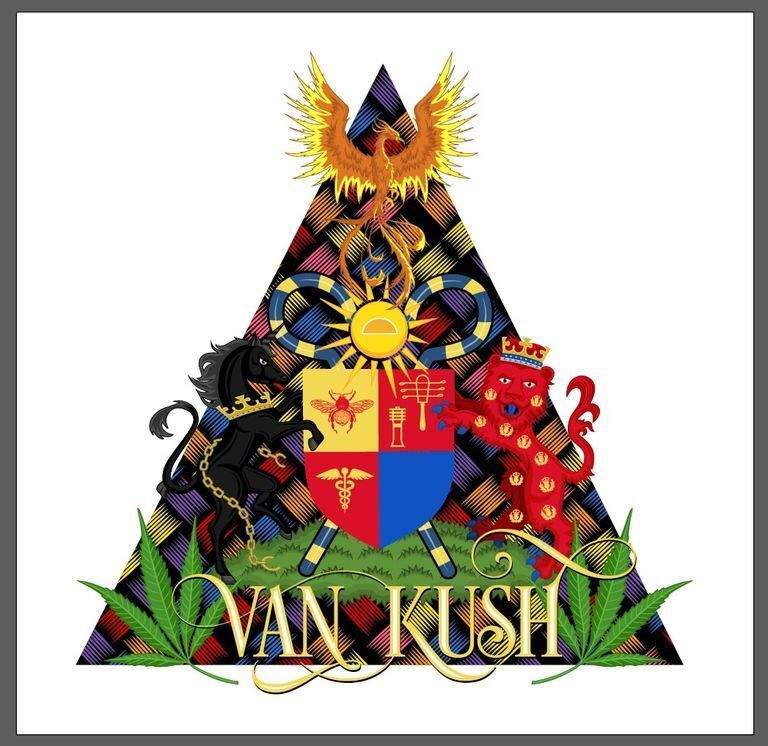 If we look at various instances in our History we can see this happening over and over, where this idea of what I have been sharing, in Plant Profiles, is not new. It is new to first look at Marijuana or Hemp, and Characterize the Chromotography as a kind of Detector to begin the process, and from there be able to use Plants of various types to create things for the Hemp Industry, the Balm of Gilead being something that should make a big difference. And then to be able to Mimick the Profiles, by recombining Isolates bought in Bulk in different ways, so as to match the Chromotography. But it is not new to use Plant Profiles in this kind of way without the new Science.

If we look at Licorice maybe as the most simple example, Licorice is used all over in various industries, and is a kind of Natural Medicine when everything is done right. I think the best place for everyone to begin understanding is Neem Oil, there is an Ingredient that gets rid of Garden and Farm Pests, but it must be Cold Pressed Neem Oil or it won't contain the active Ingredient, so you have to know the Chemistry in at least a Ritualistic or Initiation type way, if not completely understand it yourself in order to do everything properly. If we look at kind of old Remedies, like Pioneer Remedies, and Remedies from the Log Cabin days, or from Natives, and Aboriginals, or Eastern Medicine, we can look at Tea as the best example. Tea contains Caffeine and L-Theanine, these react to create kind of a more Calming and Relaxing effect, not like a Stimulant, so different than Coffee. Then there are different kinds of Tea. "Tea" or "Coffee" made from various Plants can be used as an Ingredient, or as a kind of Intermediate, when creating other things.

Hydrolysis (/haɪˈdrɒlɪsɪs/; from Ancient Greek hydro- 'water', and lysis 'to unbind') is any chemical reaction in which a molecule of water breaks one or more chemical bonds.

There is a process called Steam Distillation by where you basically do like Steamed Carrots, or Steamed Broccoli, or a more complex process called a Reflux, or a Short Path Still. The Steamed Vegetable method includes using a Pot designed to hold Plant Material, like Vegetables, over Water, and then placing it on a Stove, so that the Heated Water Boils and drips back down, like Steaming Vegetables, and many of the important ingredients are then there in the Water. This works based on the Polar Non-Polar concept, and the Reflux is more useful when using Solvents that Evaporate more easily, as they will dissipate into the Air unless in a Reflux system. This can also be used for Decarboxylation (such as Ibotenic Acid to Muscimol) and other Chemical Processes. You can then use the Dr. Atomic Separatory Funnel method to retrieve more clean Products. But the Hydrolate should be good as a Full Spectrum, Complete Profile of a Plant.

Bitters can be seen as kind of the Steeping Method, as in Tea, and Coffee, which are broken down into Water, which then can be compared to Bitters, the most common of which are probably Jagermeister and Dr. Pepper. Jagermeister is Licorice in Alcohol, this is comparable to Absinthe which has a kind of Mythical History, and is a Wormwood extract. Dr. Pepper is the same kind of thing, but the Extract was made into Syrup and then added to Bubbly Water, Coca-Cola is the same thing and is widely known to have originally contained Cocaine. Dr. Pepper is 32 Flavors which was likely more of a Bitters like concoction in the past, and not like it is today where they have likely cut down on the full profiles for the main Ingredients in many plants. We can see this as all being a result of FDA regulations, and Snake Oil Salesmen needing to be Regulated. People would lie and claim Miracle Cures, so they had to create a system by where any Claims of Cures need to go through Clinical Studies, unless it is like an Herbal Supplement, called a Dietary Supplement, with the statement "These Statements have not been approved by the FDA", etc, and then there are other precautions anyone selling things like say Urinary Tract Supplements with a Claim to Relieve or Fix this or that problem, versus someone Running around saying they are Curing Cancer. Rick Simpson is probably a good place for people to learn, along with Dr. Sebi, and MSM Bans, this is kind of the area that exists now that shows the origins of the FDA and DEA. Bitters can then be compared to Salves, and Oils used in the past, which then can all be read about in the Bible as well with Jesus being the Anointed One, and dealing with many Perfumes and Oils. This can then be related back to Ancient Egypt, and Cities like Fayum, or Temples by Lakes with the Sphynx or Fish as the Goddess, these were the Temples where extractions were made this way, and we can see this also in the Goddess Hygiea, as well as in Religious Incenses.

In Hinduism Gods are affiliated with plants, many of which rarely exist in the United States. This even gets into Basil, and Holy Basil, or Hindu Kush and different Indian Regional Strains like Parvati, these are sometimes known as Landrace when they are grown more like a Hemp Crop, and not Bred completely Intentionally, which gets into F1, F2, F3, etc, and the Genetic Square with Genetic recessive, Rr, and Bb, Genetics with Yellow and Green Beans being how a Monk put it together for everyone. This is how Mules and other Animals are made, or Hybrid Strains, Species and then also Genus Crossing. This is how new Plants are made, we can see Orchids as an example of this is action, and Mint, Pepper, and kind of the Catnip, Wild Dagga, Motherwort tangent Plants as being candidates for the creation of various new Plant Profiles. Marijuana is most closely related to Hops, and seems to only Cross Species, there is not an Abundance in the Genus, though if Species of Landrace from all over were crossed with existing good Mixes of Landrace, it would maybe be possible to start to Engineer a kind of Wolf to the Dog Strain, all the Genetic Profiles back in 1 Plant. The Cindy 99 Process is a good place to start understanding how it works in Marijuana Genetics, Subcool has written Guides, as well as Jack Herrer and others, but Cindy 99 was a Clone only Strain, no Males existed, to get one you had to get a Clone, which is like a Branch planted in Soil with Stem Cells exposed, and it grows a Clone, the Strain was called Jack Herrer, and there were only Females. So someone got a Cheese Male I think it was, Mixed it 50/50, then Bred that back with the Clone, so that's 75/25, and again, and again, until it was 99/1, Cinderella 99. A Seed.

What we probably should start seeing, is a few things. First, there is kind of something that many existing brands can get into that has yet to be tapped, Jagermeister, Dr. Pepper and Coca-Cola, can create Cartridges. There could very easily be a Chromotography Profile assayed of these products which likely has already been done since they are some of the most Well Known in their Industries, and there could be Cartridges with the Jagermeister Logo, a Licorice Flavor matching the Liquor, and no Alcohol Content needing to be listed, but a Delta 8 or other Cartridge. There could be a kind of Soda Syrup Fountain Drink type concept used to create mass produced Cartridges. Starbucks could do one for each Roast, and then have a Frappucino Flavor, Wine companies could make Bourbon and keep Terpenes for Vape Cartridges, and like Jager all kinds of Liquor Companies could make Cartridges, there can be Budweiser and Blue Moon Carts, Hops have their own Profiles. This new Industry is something that can be part of various other Industries, the same way everyone tries to say "the Constitution is written on Hemp and the first Ford Model T was made of Hemp", there are uses for these Fibers in many Industries, and this Industry can use Aromas and Flavors from the others.

When people make these, the best place to start understanding is kind of the Mason Jar v. ISO Extract, the Mason Jar may be misleading as most people use them for ISO too, and you could replace it with a 5 Gallon bucket for the Mason Jar concept, but there is a difference between Storing a Plant Material in Ethanol, Grain Alcohol, in a Mason Jar, shaking it maybe daily or whenever you feel like it, versus a quick rinse with Isopropyl or sometimes even Grain Alcohol, the difference is the Time the Plant spends in the Alcohol, the longer Time periods drawing out more Resins and other things being more Full Profile, and the quick rinse being considered more of a "Pure" Product, but it would all be considered Concrete in Perfumery, not Absolute. Absolute is Distillate and Steam Distilled Hydrolate. Many of the Flavorings and Remedies from the past should be a good place to start, from the Drug Store to the Soda and Bitters Industries.

Water Tech is considered the Purest form of Distillate, and this is achieved using Carbon Filters/Activated Charcoal, and Filtering it like a Water Filter, it's called Water Tech because any Amber, Gold or Pink Colors should be removed by this process, and it should look like Water for the most part, just less viscose. The Colorings could be Terpenes, or other Plant Materials extracted, and in other extraction methods there is also a need to remove Solvents this can be done with a Vacuum Purge. The Terpenes may be removed in a Vacuum Purge if they are prone to Boiling or Evaporation, so any kind of Purification or Vacuum Purging should be done knowing that in case you want to keep Terpenes, and it should be done before adding Terpenes.

This basically is Perfumery or Alchemy, it's called Chemistry now, but that's new I'm talking about this from the perspective before Electric Circuits were drawn, and Calculations started being made about Oms, and Amps, when Electrical Engineering was still the Chemistry field, and Physics was still in the Chemistry field, this kind of Science gets into Chakras, Planets, and Seasons, etc, not just Isolates and LD50s. In the 50s and 60s they began measuring Molecules strength with "Mescaline Units" before Serotonin Receptors were Theorized and Proven by David E. Nichols. I mention Benjamin Franklin a lot, usually when talking about Van Kush Beauty Token, but we are doing this like Benjamin Franklin in many ways.