A warm welcome to @baah !...Silly Saturday!!.. I identify as a comedian in this post so baah won't understand any of it... 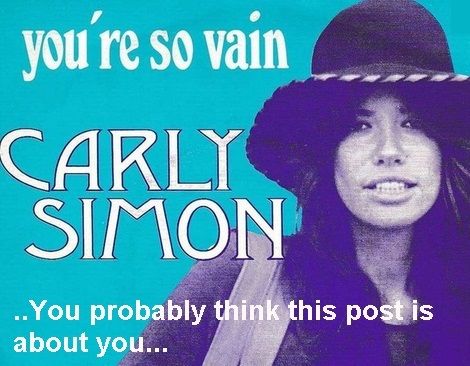 .....I noticed earlier that the personality vacuum extraordinaire - otherwise known as @ baah - has started commenting on blurt.
( actually think his name is 'ginger andy', but cannot confirm this at the present moment..) 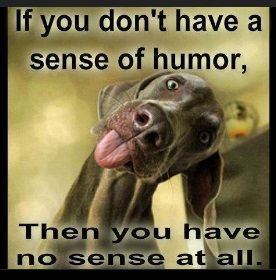 THIS IS EXCELLENT NEWS !

Make no mistake....
....while reading any of his comments that are longer than thirty words , may feel like you're wading through dull, gray, acidic like, treacle - the insights and quality of argument that he offers, are very, very, good.

Don't let his somewhat critical and acerbic comments on my posts put you off.
I don't .

.....this is me and baah since way back from the steemit days...bless....
(although, my choice of underwear is NOT accurately depicted in this gif - green is my color..).

...I've just up-voted many of his comments, in fact.

And please don't let his lack of any noticeable personality* put you off, either !

*A 'black hole of personality' that's often seen in adults, tends to be more of a defense mechanism rather than anything else - and is not the actual absence of a real person.
This can be - but is not always - the result of being loved as a child 'in the wrong way' over a prolonged period of time, shall we say.

...baah needs genuine love - not any of that 'kiddie fiddling predatory attention' that generally only goes on to produces personality vacuums and fractured psychologies with no zero sense of humor...

(which then goes on to inhabit the dysfunctional shell of an adult).

CAN BLURT GIVE HIM THAT LOVE?

(and I'll be certainly be doing my best to help him in that department I can assure you).

As I've said many times over the years - "...It's the message that matters, not the messenger..."

With baah it's very much a case of 'don't throw the baby out with the bathwater'.

We're very similar in some ways...

While 'the baby' in this case, is the message - and the gray, scummy, bathwater is baah - We need to remember that even dull, scummy bathwater, needs love to.

....can blurt be that 'water filter' - the one that the filthy bathwater so desperately needs to become a useful addition to society?

(and I'll be certainly be doing my very best to help out in that department, I can assure you).

I always try to take people at their word - unless/until proven otherwise.

And baah is no different in that respect.

Being the consummate artisan he is, in creating precise and accurate prose - I'm sure that any ambiguity that he expresses in his messages are not intentional - and must merely be 'a baah brainfart'....
....even highly intellectual, personality vacuums, can get flatulence now and again - so give him a break (of wind in this case)....

So to help him out - I thought that by clearing up any ambiguities that he's inadvertently expressed, we'll be doing him a massive favor...

(he can thank me, and upvote this post, for this most selfless of tasks).

...If we go over to his account page, we can see the very first ambiguity.

Obviously the very first thing that springs to mind, (not including the name*), is the self stated 'degenerate scumbag' - and this raises the first obvious question:

WHAT DOES BAAH MEAN BY 'SCUMBAG' ?

AS WE ALL KNOW, IT CAN MEAN SEVERAL THINGS.

a/ ...a very unpleasant person who has done something dishonest or unacceptable.

b/ Morally corrupt or given to vice.

I think many people here would be really interested to know in what context is it in which he identifies with his own description ?

Why?...
....because, personally, I see this as - by far - the most virtuous of the three possibilities listed above.

*I ignored the misspelling of 'baah, fuck you' - as I think that this is some kind of attempt at humor...and, as he's very much lacking in this quality - all kudos to him for having the courage to attempt it...(no matter the end result).

So lets give baah a big welcome to blurt !!!

... and lets all look forward to enjoying/enduring his comments...

He's one very intellectual dude who just needs lots of hugs to bolster up any feelings of deep self loathing and worthlessness that he may have.

...all this is purely speculative on my part of course- and he might actually be one of the other two definitions listed above - in which case - it may be worth discounting much of the complimentary aspects of what I've just said in my post.

If you can't laugh at yourself - you're missing the joke.... 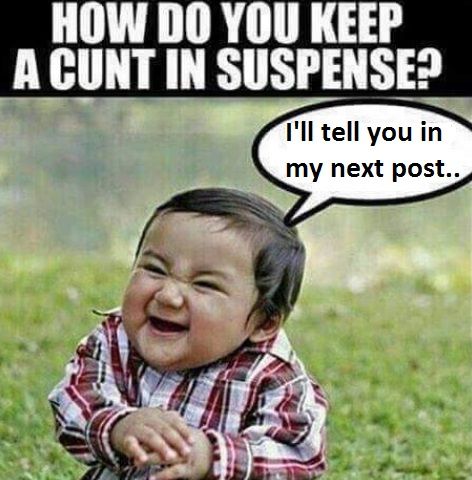 Posted from https://blurtlatam.com
blurtfunny blurtnews blurtfiction blurtlife
2 months ago by lucylin
1,203.33 BLURT
25 votes
$3.05
24
Authors get paid when people like you upvote their post.
If you enjoyed what you read here, create your account today and start earning FREE BLURT!
Sort Order:
[-]
baah  ·  2 months ago

This is trending, pathetic! I think someone needs to start working on "willing", with All their might, some Loving! How it all ties in, its as if you have a preference for a certain age, is that why you were so insisting on finding out how old I am? You should have asked what my favorite color was, or if I am as handsome as my picture.

Tough love? Is that what you're wanting to do? Spank me for being baaad. Lolol

I actually am having a convo with the degenerate and he already insulted me lol. Good to know the backstory for my own sanity. The name baah tells me he self identifies as a sheep? 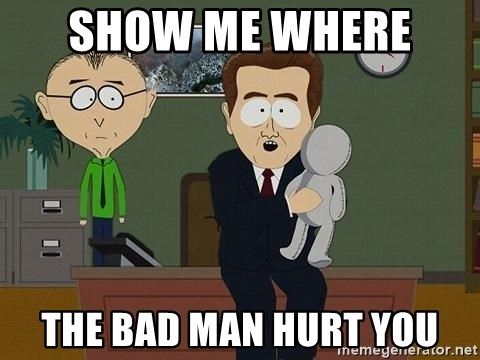 You didn't hurt me you tosspot, I've met your kind before, brick wall springs to mind. Just not wasting my breath so go play with the snowflakes where you might have more success.

You didn't hurt me

Insulted but not hurt. Does that mean you took it in stride or was the ragequit in my imagination?

Good to know the backstory for my own sanity.

You actually understood the above post, and then went a step further, and believed it, and not to suggest you're a fragile moron that loses sanity over a comment, but you are.

You exposed the ignoramus you are when you recoiled from economic literature as "reads like pro-banker propaganda". At that point I gathered up every little bit of rope I've extended and proceeded with your cow self on a short leash. From there on you only avoided and evaded, constantly changing the conversation from one thing to another, only to talk about how I'm doing that and to attempt to elucidate on the subject of psychology by remarking that it suggests a wandering mind. Morons projecting their own behavior on me are not exactly, "unwarranted " in getting told off. Now be a good bovine and mozey on from the meat and potatoes of the matter and floss your teeth on some vegetation.

Look in the mirror you despicable moronic nonthought, the Roger Waters Diorama of Society is starting back.. You couldn't even shut up, jumping on this imbecile post that's elicited only moronic jeer, not that it was aiming for some noble cause, and instead, whamed about being insulted.

You keep throwing insulting remarks, which is how you got your comeuppance by me telling you of, now you're claiming you weren't insulted? You spewed some totally bunk crap, insinuated I spread probanker propaganda, and got upset when I dismissed your bolivated garbage. It'd be nice to at least shut the fuck up and ignore me, like you memed on your way out the "conversation" before taking potshots at me, but instead you're trying again, to argue and insult, claiming I'm wasting time? Don't stop being an ignoramus hypocrite and keep arguing with me, I've shut you up regarding your "Greenbacks are sOvErEiGn Money", "gold isn't functional as money", "banks create money" and even "banks aren't controlled by government", now you're to argue what? That I'm a brick wall? Lolol!

wow 4 brainfarts for the price of one, get over it, I did.

Are you picking on my mates again? 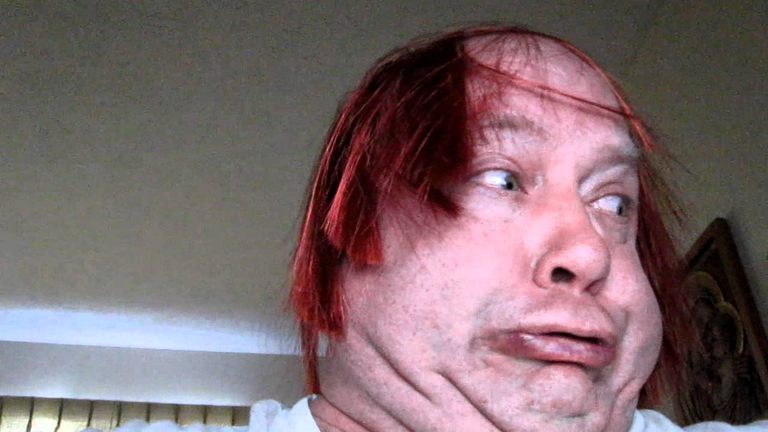 he's a mate of yours? Shoulda guessed it, what a proper bellend

we have had some bitch slapping contents...

Discord for people who are not into being watched!

Good to see you are still your authentic true self, never sell out! 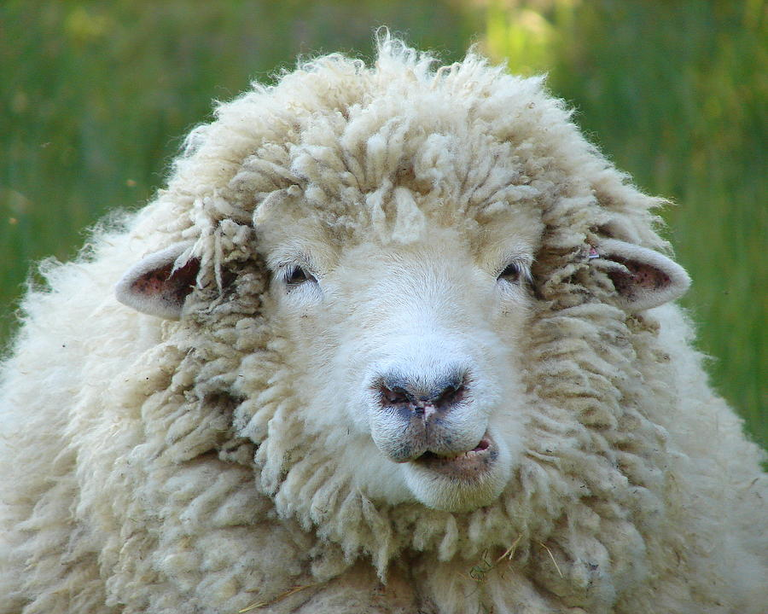 You do, and you are.

Good to see you are still your authentic true self, never sell out!

For the meek shall inherent the world.