Supporting those who approve of violence is not a great selling point for blurt...The gift that keeps on giving ?...!!!

There's someone Blurt who is advocating violence ?
Well....yes - just not directly. 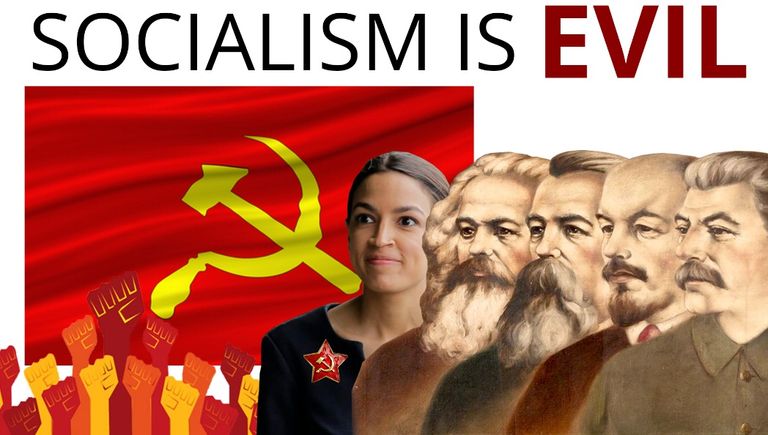 What is a 'promoted-content creator'?

....I don't know the details and who sticks those labels on certain accounts - but, just by looking at who's previously had that moniker - and those with it now - it looks like it's megamoron's libtard crew, who decide....

Which is great news !

Well, it shows that whales support those who think that violence is an acceptable way to obtain money (theft).
....And if that doesn't ring any alarm bells (something that alludes to the dark psychology of the libtard smile).... then you really need to get a hearing test.

It shows the mindsets of the people who are allocating this label.

A socialist is someone who approves of the forced reallocation of other peoples assets, through the use of force - 'government authority' and taxation.

https://blurtlatam.com/r2conell/@nazirhussain/blurt-price-can-jump-through-our-unity-only-eng-hindi
The post in question....
A post trying to guilt trip people into following the cult of blurt while posing as some kind of positive promotion...*
Word matter - linguistics matter.
*(The word 'should' is used by people wishing to invoke a feelings of guilt - thought manipulation through negative implications...The word 'should is used by those wishing to control the way you think.
The word 'should is used by people with very poor intellectual rigor - or the desire to control, using guilt as the mechanism....)

Ergo, if you were to openly support someone with these very values, you are supporting people who believe that forcibly stealing assets, is acceptable.

IF this is the case (with the 'promoted content' label and who decides).. .then megamoron is now openly supporting socialists on the platform.
The gift that keeps on giving...?

I'd also recently noticed the absolutely brilliant idea (sarc) - of one witness - to try and find new blurt users on reddit - which raised an eyebrow.
Reddit is an enclave for 'the woke mob', liberal/tard, mindset.

If you think that's where you might find new users on Blurt, it follows quite logically that these same libtards are the ones you wish to have on your platform.

Good luck with that strategy.
'get woke, go broke'...

So when an 'uber whale' starts promoting socialists (if the 'promoted content provider moniker is such)...

....and that ALL socialist principals pivot on the legitimization of the use of violence as a way to to redistribute other people's money (the parasitical class living of the producers), .....then what does it say about Blurt?

Lots - and it shouts it very loudly.

Not only that, is shows the psychology (or incredible naivety) of 'the whale sycophants' who are supporting these whales.
Support of socialism, by association, if not directly.

Imagine a free speech/free market advocate, supporting someone with this mindset ?

(ever get the feeling you've been cheated?..lol)

This raises some very fundamental issues, doesn't it?

...."Do I continue to openly support a whale who approves of censorship, openly supports socialists, and who's associates wish to go to reddit (libtard heaven), to find new blurt users? 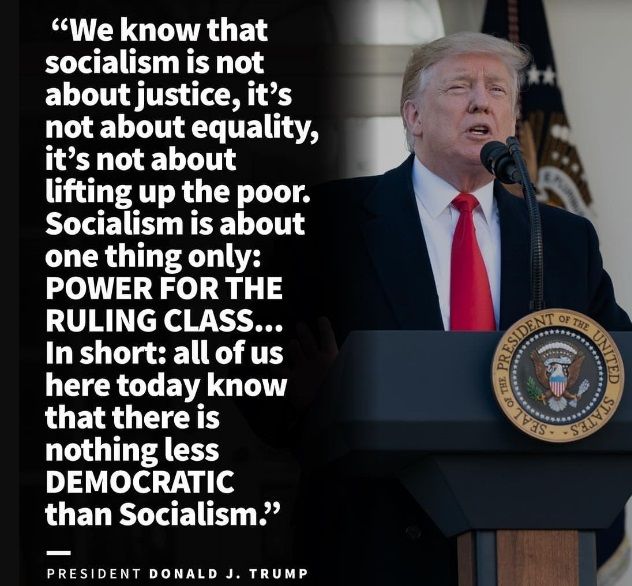 Doesn't look good, does it ? - not unless you're a whale sycophant who's a libtard socialist also.

BUT....
Imagine the back peddling that some very misguided and naive individuals (blurt politicians) are gonna have to do now ?
Do you openly support those who openly PROMOTE, the supporters of socialism ?

...If they ain't gonna try to distance themselves from such authoritarian, commie, mindsets (and all on a 'free speech' platform !....???)... then what does it REALLY say, about you ?

I look forward to seeing the mental gymnastics on this one. 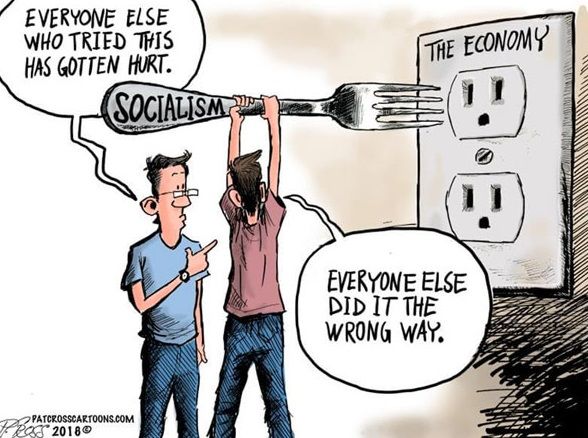 Posted from https://blurtlatam.com
blurtnews philosophy blurtlife politics psychology
2 months ago by lucylin
1,113.20 BLURT
16 votes
$1.85
15
Authors get paid when people like you upvote their post.
If you enjoyed what you read here, create your account today and start earning FREE BLURT!
Sort Order:
[-]
tempertantric  ·  2 months ago

If you don't like socialism or blurt why don't you just leave? We don't need MAGAT bigots on this platform! Goodbye and Good Riddance!!

Now you want to shame a user for having a different view than yours?

I understand that Nazir didn't mean what you thought he meant but...

But... Socialism isn't banned, nor a crime in any country in the world and there are several governments formed on these principles.

Even if Nazir meant he was a socialist then he shouldn't be shamed for having those views because he lives in India and we believe in letting people follow what they believe in.

"India a Sovereign, Socialist, Secular, Democratic Republic" that's from the Preamble of the Indian constitution.

So, you are originally from England, the land of Queen (recently a King) and you live in Thailand and again a land of a King.

Remember what the British Empire did to half the world? And remember what your King in Thailand does?

You have the audacity of calling names when you yourself come from one of the most evil Monarchy in the world.

And I will market Blurt wherever I wish to. If you knew the history of Steemit you would know that Steemit was inspired by Reddit... Lol

Go do more research before you write something.

Sometimes I read these posts about the "BLURT price", about these initiatives like censorship for example, and I think to myself that these people's minds are under the control of some psychopath. Their motto: all together lol is 100% socialism in which there is no room for individualism. That's why they so hate everyone who dares to criticize them.

Like you say, the only way forward for the blurt is free market and freedom of speech but they want to bring people from fb, twitter and reddit here lol
Only people who are banned there can come here and they are the ones who should be invited and promoted here

@ctime - English is not our first language. Sometimes we say something which can be easily misinterpreted. Sometimes you gotta give benefit of doubt. Try to understand others perspective. Sometimes it is okay to close our eyes to stop seeing what we are seeing (or what we want to see) & see with other's perspective, see with others point of view, see what they see.

Take a deep breath & help me understand, what do you feel wrong about this text?

His intention is to unite us all.
Just hold on to word "UNITY" & think for a second that, what if we unite.
Isn't that win WIN for us?

My comment is not about a specific person, it is about a phenomenon such as this one

Seeing AOC triggers me and its just pure non sensical non-logical stuff i think of when i see her. She says she is A, B, and C oriented, but then doesnt even know what any of her prescribed ideologies are.

I didn't mean by 'socialist' a member of a socialist movement. Rather I used it for society reformer. One thing is more important that I haven't posted a single publication on the socialism or I supported it.
Because English is not my mother tongue, so I was mistaken in acquiring it. Now I have to update my profile as there is a big mistake.

I read @freakeao sir post. He has answered your questions and solved your doubts. Thank you so much for mentioning me that I can know my mistake in choosing titles!

What is a 'promoted-content creator'?

Basically it was an idea of the team behind Blurtlatam, to help the curatorial teams to determine which authors published quality, original content or were even active promoters within the platform, also to assign a role to the work done for example: the witnesses (you may notice that in my case it appears witness). The initial work was determined together with some curators more than a year ago (many of us checked things like plagiarism among other things). So this is not related to the foundation development team or megadrive. In hive there are multiple tags to define stewards, witnesses and the role of each person within the community. In addition to this it has not been updated for a long time, about 5 months.

This would facilitate the work of the curators.

....I don't know the details and who sticks those labels on certain accounts - but, just by looking at who's previously had that moniker - and those with it now - it looks like it's megamoron's libtard crew, who decide....

The Blurtlatam team performs the update of this tag, no one else has the option to do so. Our focus is on users who make quality posts, it is not related to their political preferences, social or religious tastes. I believe and consider that it is being assumed that by having this tag you belong to some kind of political party or political preference something that is not true. I repeat this label has only been an implementation of the Blurtlatam team and is not associated with any whale or member of the foundation.

Not only that, is shows the psychology (or incredible naivety) of 'the whale sycophants' who are supporting these whales.
Support of socialism, by association, if not directly.

If this reflects my psychology, I think the analysis is somewhat confused. I come from a country where socialism was implemented and for more than 20 years has ruined the country and caused the migration of 8 million people. I don't think I am supporting socialism by implementing this label.

Oh right, so I'm not the only one who was wondering about this then. Shame I didn't see this post LOL

Ok, thanks for clearing up my mistake.

If this reflects my psychology, I think the analysis is somewhat confused. I come from a country where socialism was implemented and for more than 20 years has ruined the country and caused the migration of 8 million people.

From how I understood you, I thought this to be the case, (which is why I mistakenly took it as a megormoron initiative)...

I don't think I am supporting socialism by implementing this label.

So you do't think you are supporting socialism - by supporting an account that openly states they are a socialist?

How do you reconcile those two positions?

The Blurtlatam team performs the update of this tag

ok, cool..is it possible to have a list of these accounts?...those who have the responsibility to allocate such labels?
Thanks.

@Lucylin: "thanks for clearing up my mistake."

Looks like you are too eager to write these posts and you end up sharing false information all the time.

I am still waiting for that apology post Lucy. You messed up. Wrote lies about me and now about others.

Seems like you are too eager to please your master.

So you do't think you are supporting socialism - by supporting an account that openly states they are a socialist?

@lucylin - Believe me - He wouldn't even know what socialist means.
As far as I understand, He may wanted to say a "Social / Blogger / Socially active" etc.
Please don't try to go by the words he is using but try to by his intentions.

Here is summary of what he was trying to say in that blog.