The Daily Canvas - Top tips to sanity - Identifying the midwit in your midst.

Midwits are a funny bunch - but in a tragic, rather than comical, way.

....getting it all wrong, all of the time - the cost of being a midwit has a high price.

Due to their inability to connect reason and logic to their emotionally driven, insecure selves - they're very much like automatons.

Slaves to their own operating system.
Ergo - emotions over reason, vagueness over transparency, and politicking over pragmatic decision making.

....And it's not even their own fault, that they can only operate on a lower level of cognitive function (more about that, later).

The midwit is operating on an emotionally based operating system - one where cognitive function (logical thought processes) is of secondary importance, and used to bolster and reinforce their emotionally constructed point of view.

The NON midwit - those who use their frontal lobe as their primary operating system, still use emotions - but more as a reference, and in conjunction to thinking , rather than as their 'primary pathfinder' in which to navigate themselves through life.

It could be argued that the midwit is simply not as evolved as the non midwit - and with very good reason.

Ergo, if you're using the 'emotional response' part of the brain as your guide (not a reference point) - you are, in fact - relying on the older parts of the noggin to guide you through life and the decisions you make
This would mean that you're utilizing the frontal lobe part of the brain in a secondary role, and not the primary one.

'...never bring an emotionally based midwit, to a logic fight...'

Identifying the midwit in your midst.

Here are some simple pointers to help you recognize potential midwits in your mist.

Once you can recognize these psychologies life then becomes much easier.

The midwit's primary operating system is one that's emotionally based.
As such, and once identified, they're about as predictable in their behaviors (and responses) as the time of the
sun coming up each morning.
(and probably why they come across as being so dull, slow witted and lackluster, to the non midwit).

All you ever really need to do -to identify a potential midwit - is to provide the necessary stimuli and observe their reactions.

They are not in control of this reaction - but, and depending on their level of intelligence, they CAN hide it (at least to some degree).

They do this by clothing their 'emotionally based operating system' in vague word salads, one liners that mean nothing upon examination, and some feel good sounding rhetoric that's deigned to deflect from any actual , deeper, cognitive processes.

However, even the more intelligent of the midwits can only keep this charade going for so long.

Under scrutiny and with an applied continual pressure (the continual asking of logical and reasoned out responses, for example) the midwits mask will slip away to then reveal the petulant, spoiled, entitled, manipulative man-child that's hiding (and cowering) underneath.

I think that the midwit psychology may well be formed in the earlier years of development - in which parenting strategies must play a pivotal role.

For example:
Learning that 'being nice' - even if that means lying to appear to be nice - will be rewarded, and 'being honest, if disagreeable' will result in less rewards.

Learning that, to be part of the group - part of the 'the consensus of opinion'- is more rewarding for them personally, than being an individual.

Learning that not having convictions (principles) appears to be far more beneficial than having them.

These learned traits formed in the early years, can be deeply ingrained in the psyche.

And thus, the maldeveloped man-child is then seen expressing in adulthood.
(their own experiences in childhood are learned traits - ones that do not support reality - and can only mean a disconnect at some point in the adult world).

While the adults in the room get on with life in a reasonable and logical manner - the man-child will be forever trying to turn their own percieved reality, into an actual reality.
And that never works.

The libtards, collectivists, and the sycophants - are the very products of this emotionally frustrated man-child.
One who's preconceived version of reality created in their early years - never matches up to the real world that they find themselves in.

....all in attempt to re-create their own version of a childhood reality, one that doesn't exist for them anymore in 'the grown up' world.

Can this maldevleoped man-child be altered - one fit for purpose in the adult world?

There are instances of it happening that's for sure - which leads to the possibility that it may be possible.

Are these instances rare exceptions?
If so, does this then mean that it cannot (necessarily) be applied to the majority of midwits ?

Anecdotal evidence, my own familial experiences, and some fair degree of study into this subject - tells me that the midwit majority cannot, ever - be 'rewired to becoming a grown up'.

Being of an optimistic nature - I can see this - but not accept it.
Not yet.

I'm more of the opinion that cleverer men than myself will (perhaps) someday find the equation needed to untie the Gordian knot to make the screaming little midwits into a fully fledged adults.

I hope so.
For the sake of all human kind.

I also have my own theory, in regards to 'rewiring the manchild...

The synapse, as it were.
A bridge between emotions (laughter happy, angry, offended ect) and the intellect (understanding jokes and in their correct context).

Will this enforced conflict within the midwits own pscyche help them to see actual reality, and not the faux version of it that was instilled in them from childhood?
I dunno, tbh.
Results have been disappointing so far (as we can objectively observe on this very platform over this last few months).
On the upside - I'm not too bothered, either.

Why?
Because, even if the hypothesis turns out to be total bollocks, and doesn't work - it DOES allow the thinking adults in the room to be able to see through hitherto unknown psychologies of 'the hiding midwit'.
This can then be used to your own advantage.
(which really is like 'shooting fish in barrel', once you understand it all).

So it seems to me that it's pretty much a 'win-win' situation for everyone.

Except for the midwits who're more than happy to continue in their delusions...
(and sadly, wish to stay that way ....(bless)...

Their own lack of self awareness (inability to reflect) leads them to be nothing more than emotionally driven, reactive, automatons until the day they die...sad but true.

....So lets give all the midwits of the world, the love - and the kindness - that they so badly need (and deserve).

Posted from https://blurtlatam.intinte.org
blurtnews philosophy blurtlife politics psychology blurtpenguin
14 days ago by lucylin
1,106.43 BLURT
27 votes
$2.78
5
Authors get paid when people like you upvote their post.
If you enjoyed what you read here, create your account today and start earning FREE BLURT!
Sort Order:
[-]
frot  ·  14 days ago 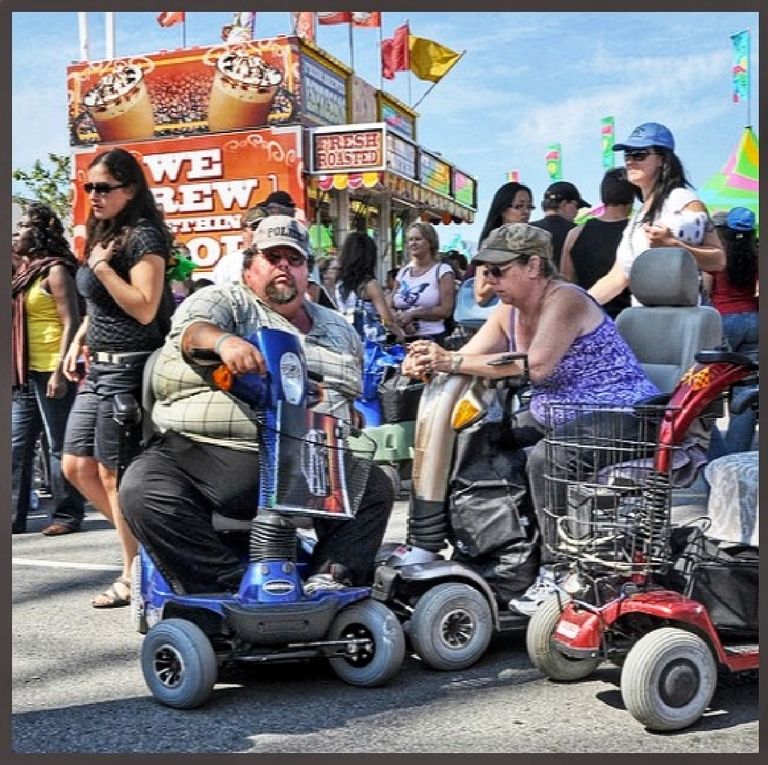 The top rainbow banner is a sign of warning that midwit fuckery lies below.

....the midwit operates on expediency (the media says it so it must be right, no need to deliberate)..., hierarchy (experts and government)...and to be on the side of the approved consensus.
Unlike those who use ethics as a compass, the midwit doesn't even recognize independent thinking as a way to navigate through life.

So as the consensus and peer approval shifts (to the 'anti-vax' position ) , the midwit will quite happily jump aboard a new ship and support the new zeitgeist - without giving one single thought to their own previous positions.

Expediency is all, peer approval is all, integrity and personal values?...not so much- if at all.
_ apart from them being convenient points, if it supports the current peer approved consensus...image, not substance._