Only 5 days to October!

We have come closer to October #BPUD! Don't forget to store the day.

Don't be late.. Collect blurt as much as possible.. 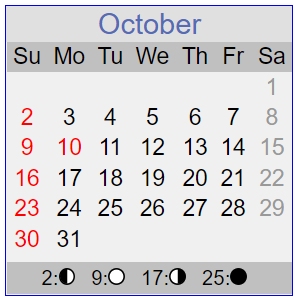 Last #BPUD we were able to raise 96000+ BP with some good scale powerups.

The main idea of this event is to encourage all of you to power up blurt together and motivate others to power up blurt. It is clear that the high winning probability with members with low BP. But this makes competition among members to buy Blurt as well as power up to pass another. Since the price of Blurt is still good to buy, everyone can power up some blurt to participate for BPUD event.

Whales are also invited to join with #BPUD even though they have less probability of winning the delegation prize. But in terms of highest power up amounts, they can still win the blurt amount and the 10K blurt delegation.

So let's invite everyone to this great event.

One can take #BPUD as a contest, but frankly, it is more than a contest. It is all about community powering up together.

Let's Do This Together! 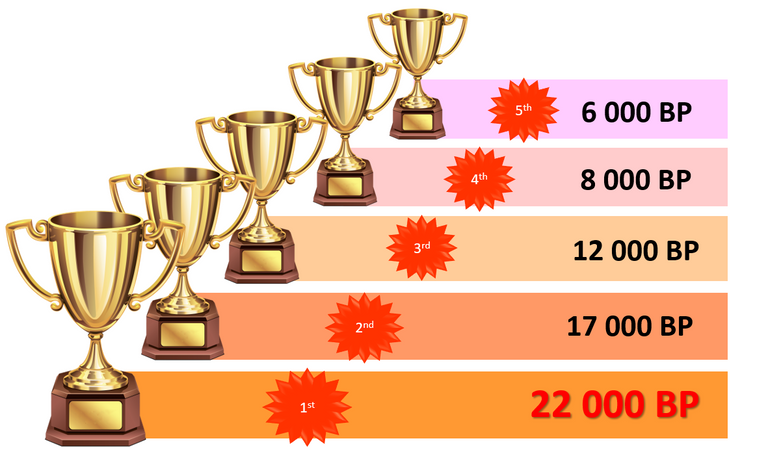 Following is the distribution of sponsors on each prize. 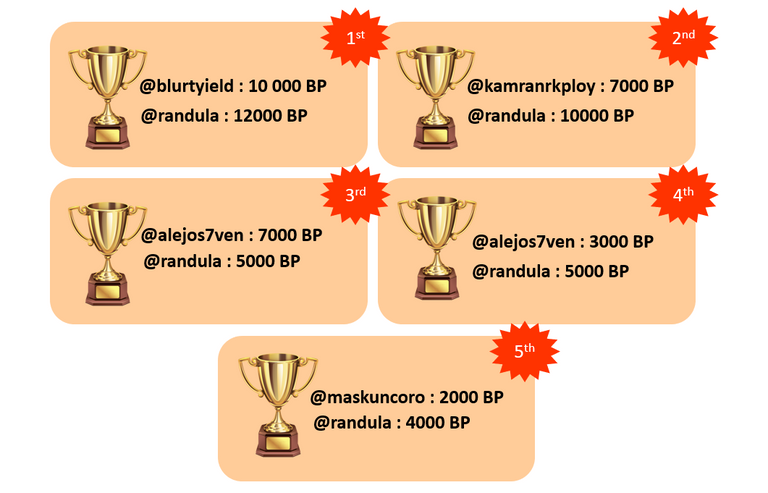 bpud blurtpowerupday blurtpower blurtlife blurt r2cornell
2 months ago by randula
405.93 BLURT
31 votes
$0.68
1
Authors get paid when people like you upvote their post.
If you enjoyed what you read here, create your account today and start earning FREE BLURT!
Sort Order:
[-]
maskuncoro  ·  2 months ago

For the next BPUD, I will increase the delegation to 5000 BP.