Proposal to Extend the BYT Program Beyond August 2022

blurtyield in byt •  2 months ago

As mentioned in the post BYT Program Extended to August 2022, the time has come again to make a collective decision on the future of the BYT fund.

There is no great rush, as it needs to be decided by the end of the month - but why wait? Last time was fairly quick and painless just by soliciting the views of the top token holders. Looking at the BYT rich-list, the top six members, those above 1,000 BYT, can easily decide this, unless there is a split vote.

As before, I have only one proposal, so that a negative vote would mean a new article describing the alternative; and another good reason to do this sooner rather than later.

BYT has been operating on two 6-monthly cycles, but, this time, I would like this proposal to last just 3 months. As some of you already know, my preference two months ago was to just wind this down. I've done this before, with other tokens, and it can be done in an orderly manner, without breaking any plates. However, it isn't a quick process and would take at least 4 months to make it as non-disruptive as possible.

My main reason for this was the stagnant token sales; we sold about 45,000 BYT tokens by the end of May, and barely an extra 1,000 since then. This isn't even about price, as those who bought in at the start, way back in September or October, are looking at BLURT still today about 3x the price relative to BTC, while HIVE is double the price, again in BTC. So, if new sales are at a trickle, my focus should be to just maximise extracting the profits for current members, especially those who joined about a year ago.

In the meantime, while waiting for this August deadline, I have changed the relative holdings of the fund so as to protect it from further shocks and to thus maximise the earnings of all members. What started as approximately 90% in Blurt and 10% in Hive, then expanded to include 10% in Cosmos, and has since slowly changed into about 60% Blurt, 30% Hive and 10% Cosmos. This is why our ABV has not sunk any lower, and how I've been able to keep the distributions fairly high, especially when looked at in USD terms.

Thus, the slow descent from cruising altitude had already begun and, to continue the aviation metaphor, a "decision altitude" has been reached. My proposal is essentially to lock into a holding pattern and make a decision 3 months down the road.

There are a few reasons for this. Firstly, this change in approach has been yielding dividends; forget for one moment the relative price and focus on the actual income - BYT will have yielded about 48% in income within a year. The price was always a known unknown that was going to be predictably unpredictable, but manageable. Secondly, it seems a bad idea to close out near a bottom - assuming we are at a bottom and not waiting for the lower floors to cave in! This may be a rally fueled by hopium, but that's still worth the ride. Lastly, there are a few coming uncertainties, such as that most Tribaldex pool incentives expire within a month, with no news as yet as to whether they will go through another cycle. Cashing those out now might be a good idea - or it could be a terrible idea.

As this is already getting long, the proposal as it stands is to carry on for 3 months, taking us to the end of November 2022, and then take another decision whether to wind down or continue.

Looking beyond just crypto, November will be deepest winter in the northern hemisphere. This might not be so pleasant for people in many countries. In terms of pure cryptonomics, I feel this isn't an ideal time to wind down, but in terms of global politics, members may feel that this ride has been good enough. This really is up to you! The difference in terms of asset management between a holding pattern and slow descent is minimal.

The BYT fund shall continue for a further three months, from 1 September to 30 November 2022. A further vote shall be conducted during the month of November to establish whether the program shall continue beyond that. The BYT program shall continue to rebalance its portfolio in the interest of members. The aim remains to maximise rewards while also protecting the capital with a modest amount of compounded profits.

Voting NO means rejecting this Proposal. There is no counter-proposal currently articulated, but it would obviously be to wind down the program. There are a number of ways of doing this that also need to be explained in some detail.

The closing date is in 7 days, when this post closes for rewards, or sooner, should a clear decision be obvious.

All BYT holders may express their vote, and any opinions, in the comments below.

byt blurt crypto life blurtpower passiveincome tokenomics proposal vote
2 months ago by blurtyield
1,217.73 BLURT
36 votes
$3.09
23
Authors get paid when people like you upvote their post.
If you enjoyed what you read here, create your account today and start earning FREE BLURT!
Sort Order:
[-]
blurtyield  ·  2 months ago

I am in at a YES ...lets do another round

Thanks again to those who have voted; is interesting to see who is paying attention.

Sorry i have been super busy , but as you know me i would have give my yes to any of your logic
And i respect our baby BYT 💜
So YES it is

That's great, thanks. I think that puts the YES vote above any "marginal majority". lol. I'll do a post tomorrow.

Sweet ! Lets go for another 3 months 🌹

It is a pleasure for us to share our best wishes and congratulations. You have received a virtual hug, from the @newvisionlife account. Curation team.
Living better without thinking about age is our motto 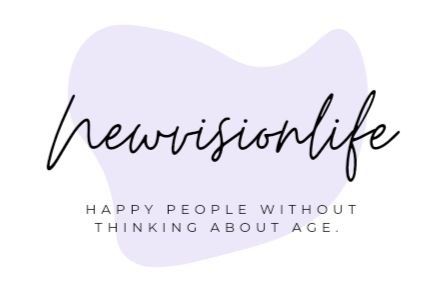 My reasons are simple, as a holder of 1,030 BYT
I bought in a long time ago with the sole purpose of simply giving myself a small weekly "passive income" (my view has not changed, or affected by $ value).

Many thanks for your efforts :)

Thanks, great to have some feedback!

It would take a bit of work to go all the way back and estimate a USD value for the income, but we do see some weeks where the USD value has risen even if the HIVE value has fallen.

Not everyone cares about the USD, so I figured to avoid data overload each member can figure out their own metrics for returns in whatever currency they wish.

Many thanks for your continued devotion to this BYT project √

Firstly, thanks to everyone who voted so far!

As the previous vote, there are a few BYT holders in the top 10 who never, or rarely, use Blurt; BYT being a Hive-Engine token, this is not surprising. As before, I am taking votes via Discord.

Because of alt accounts, if your main Blurt account here is different to the account that holds BYT, it would be useful to know which account actually holds the tokens - it isn't up to me to search and guess.

At the moment, we have about 56% YES votes, which is obviously enough for a simple majority. However, would be good to have a couple more top votes to push this to a more confident high. Currently, we have 0% NO votes, the other 44% just haven't voted yet.

Follow techclub DISCORD for more updates and use tag #techclub for tagging content
you can also delegate to @techclub to support curation
26.01 BLURT
1 vote
$0.13
[-]
frankbacon  ·  2 months ago