World tour CANCELLED! The media refuses to connect the dots, but a little digging reveals a Covid "vaccine" reaction is likely what is ruining Justin Bieber's career. 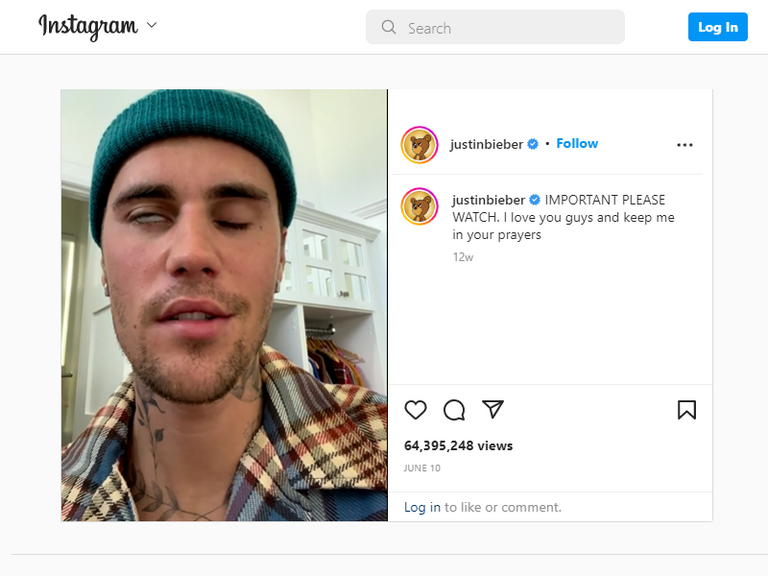 Three months ago, Justin Bieber announced on Instagram half his face had become paralyzed and he had been diagnosed with Ramsay Hunt Syndrome. This postponed his big tour. He recently began performing again, but yesterday, he cancelled the world tour, laying blame on "ongoing health issues".

Something has put an end to a superstar's performing career. The corporate media is keen to remain vague about the cause. What did potentially-permanent nerve damage to the face of a singer that reaches billions with his voice? With so many healthy high-profile athletes and public figures falling ill (and dead) from sudden unknown causes, speculation is swirling.

Let's have a look at Ramsay Hunt Syndrome (RMS), a well-known collection of symptoms that includes facial paralysis. It happens in about 4 in 1000 people per year.

Why does it happen? In Bieber's case, which is referred to as "type 2", major nerves in the face are attacked by the Herpes Zoster (HZ) virus. This virus is a reactivation of chickenpox, which lays dormant in our nerves after a childhood infection. It is also called "shingles". In other words, Bieber had chickenpox as a kid, and the HZ virus has recently come back to life, damaging his facial nerve. 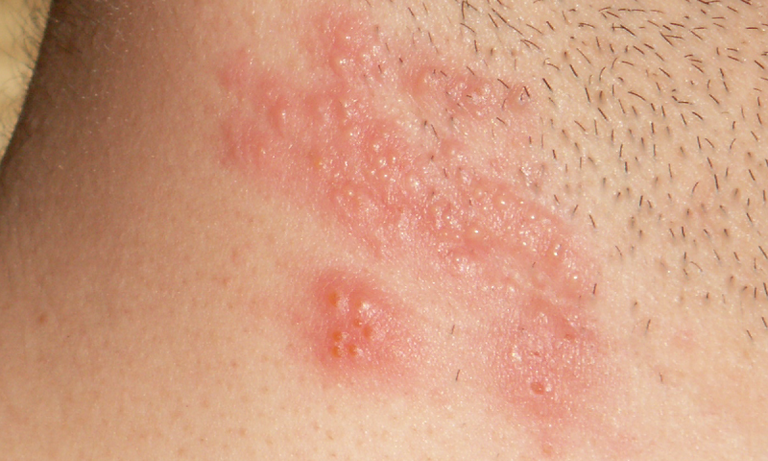 But what causes the reactivation of a dormant virus? Most of us had chickenpox, but we don't all get shingles, especially in our 20s!

Turns out, shingles happens because of a sudden shock to the immune system, such as immense psychological stress or a recent vaccination. That tidbit will be very interesting for millions of fans who speculate Bieber's problems are due to Covid vaccinations, which he has publicly endorsed.

Could the Covid "vaccine" have given Justin Bieber the shingles which paralyzed his face?

Information about harmful effects of the Covid shots has been difficult to come by, thanks to propaganda (legalized misinformation) filling the official airwaves. All around the internet, there are millions of anecdotes (personal stories) about shingles cases soon after Covid injections. My good friend in California got shingles just after the rollout of the mRNA shots, and still has terrible rash, pain, and swelling on his shins. Local friends of mine have family members who got shingles after the injections. Public opinion is settled - the Covid "vaccines" are triggering a lot of people to get shingles, which causes Ramsay Hunt Syndrome.

Is there any documented evidence that this is happening? Yes, scientific studies have been piling up for over a year now. Here are a few samples:

It is now understood that one of the effects of the Covid "vaccine" is reactivation of dormant chickenpox virus (shingles). And we know Justin Bieber's facial paralysis was caused by shingles. Therefore, it is entirely plausible the paralysis that has halted his career is a consequence of the Covid vaccine.

Even if it was 100% confirmed that Covid injections directly destroyed the career of Justin Bieber, that would never be officially acknowledged. So the lack of an official acknowledgement tells us nothing. Was it the Covid shots that led to Bieber's shingles and RHS? The answer is we don't know for sure, but it certainly looks that way. The only missing piece of evidence is an admission from Bieber or his team, which is impossible.

1900 years ago, Ptolemy stated, "We consider it a good principle to explain the phenomena by the simplest hypothesis possible." In the 1300s, William of Ockham is credited with Ockham's razor, which essentially says the simplest explanation is probably correct. Mainstream media is fervently screaming "YOU CAN'T PROVE IT!" You be the judge.

Imagine? But any honest reporting like that would be attacked, sued, discredited, debunked, slandered, censored, fact-checked, and cancelled. We know the state is directly paying "influencers", all over social media and news comment sections, to spread the official government position, and to promote the "vaccine". There's no way they would allow one of the biggest influencers in the world to go against the narrative.

In fact, when I tried to share a little knowledge on CBC's article, they promptly deleted it. 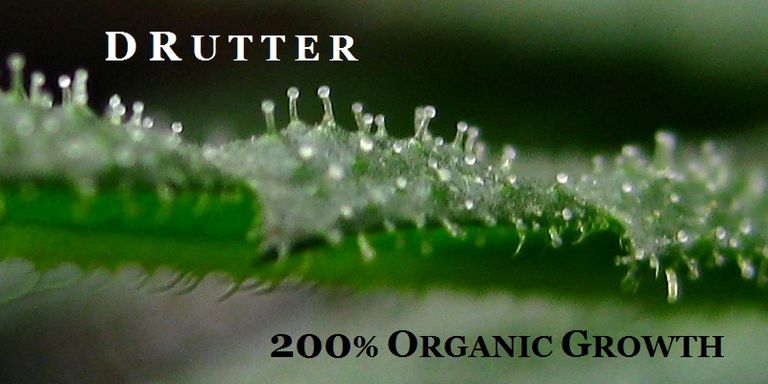 Posted from https://blurtlatam.com
covid-19 news covid19 vaccine music bieber medicine health
3 months ago by drutter
1,386.63 BLURT
29 votes
$2.31
23
Authors get paid when people like you upvote their post.
If you enjoyed what you read here, create your account today and start earning FREE BLURT!
Sort Order:
[-]
ultravioletmag  ·  3 months ago

His young wife also had a mini stroke at 24 . Neither have them had confirmed if they had vaccine or not I always felt one had an one hadn’t which was why they didn’t say, they are both part of the church but not so sure after I saw this.

Well he plays in locations where you have to be vaccinated...
Yeah too bad about his wife. I hear she is blaming her stroke on a heart defect, which is now repaired.

Yeah, not an accident. Watch this
https://vigilante.tv/w/5tRsyg6ML3zzgFs7Jpbgcz

Thank you. I'll have a look. And also thank you so much for your witness vote :)

He didn't deserve this! No-one deserves this! I love the drum covers on his song STAY. It shows how differently drummers can intepret a song:

At first I thought that picture to be nothing but a meme, had no idea this was so serious, but that's my fault, I don't follow the news that much...

Yes the death jab certainly appears to have screwed up this talentless twat...but exposing the death jab to the normies is the next layer to the narrative... and it also looks like the old of crop of satanic puppets are being replaced - the time is now... 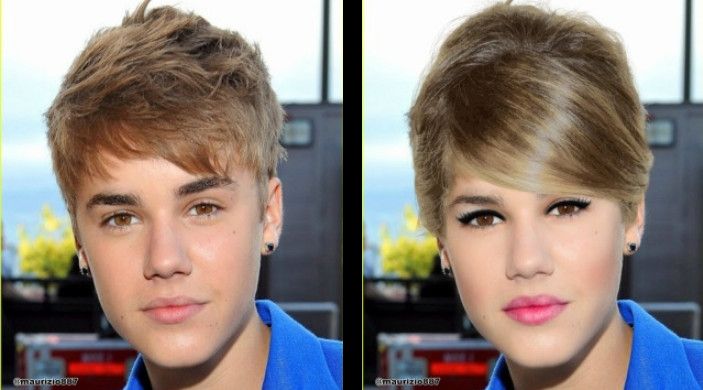 You must be a performer to dunk on his misfortune. Did you have family suffer from this or are you salty because you're a much better performer?

No sympathy huh, just a disposable piece of toilet paper.

Toilet paper has a use...i dont want to wipe my arse with justine bleeter...

You call the man a tool, and then devalue him even more by removing any utility, which is a imbibed characteristic of any "tool". Me thinks you're only talking to impress, but as before, it's a conclusive conclusion..

I may have called it a tool but i certainly didn't call that satanic tranny a man!

Yeah, sure, now hes a woman pretending to be a man? What makes him satanic, and coming from your ungodly fingertips, are you, the faggot Atheist, talking about Satan? Fuck off with your bile, you're not worth the crap on the bottom of my shoe, less than dirt.

Looks like poison ivy to me.
This is so disturbing.
Have you seen this?
https://vigilante.tv/w/5tRsyg6ML3zzgFs7Jpbgcz

Ewwww. nasty. That has always been my mom's favourite show. I bet she loved that part!

I think it's possible, and he will get the best treatment money can buy. My guess is about 50/50 that he will recover to the point where he can tour professionally again.