medikatie in housing •  2 months ago  (edited)

“Statistics Canada data published Wednesday said B.C. is leading the country as the province with the highest rate of unaffordable homes.” The average British Columbian spends 50% or more of their income on rent, and it's going up about 10% per year.

Even in towns, bachelor suites (or shared accommodation) start at $1,000/month. Hard-to-come-by 3-bedroom apartments for families average $3,000/month, and that is apartments and basement suites (or the "top half" if you're lucky), not the whole house. The vacancy rate is between 0.5-1%, and most of those are studio units not for families. As a result, there is unprecedented homelessness in Canada, especially Ontario and B.C.

Randene Wejr, the executive director of Turning Points Collaborative Society, a non-profit housing program in the Okanagan, British Columbia said "the hot housing market is leading to some rental units being sold and leaving the rental pool as new owners move in". 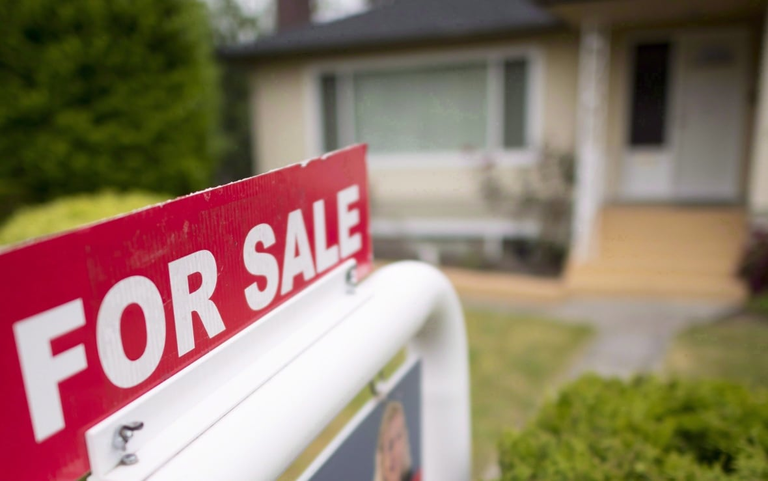 The director says the rising rent prices are putting pressure on the most vulnerable. The Society says they're having difficulty housing people, and they are seeing more seniors and families accessing their services and more people living in RVs and motels. They said in April 2022, there were 32 children living in motel rooms through the society's motel program - where families go instead of shelters...if there is room.

In collaboration with this program, the Province of B.C. purchased a 29-room motel for emergency housing in the Okanagan for additional emergency housing. However, they are full, and so are most other motels. I received a 2-month notice to end tenancy on the last day of August because my landlord decided to sell the house. All you get in this market is 2 months' notice plus the rest of the current month; my landlord gave me the absolute minimum amount of notice (2 months + 1 day) because he's trying really hard to help.

"With skyrocketing housing prices. many landlords decided to sell up, forcing families out. These families then had to navigate an incredibly expensive rental market" - Wejr

Anyway, I tried literally for weeks to get through to this society. After spending a couple hundred dollars on therapy, I got a referral from a social worker to this program, only to receive a phone call to begrudgingly inform me that I was on a waitlist - I was number 40 in line and apparently there are only 10 units available. They didn't seem to care that I don't even have a car to sleep in. I almost didn't get on the waitlist before I had to be evicted, if it weren't for that referral! However, the social workers urged me not to take this option if it comes available because it's "not safe for children" as they have received numerous reports of assaults and break-ins; or at the very least, it looks bad on your rental resume. 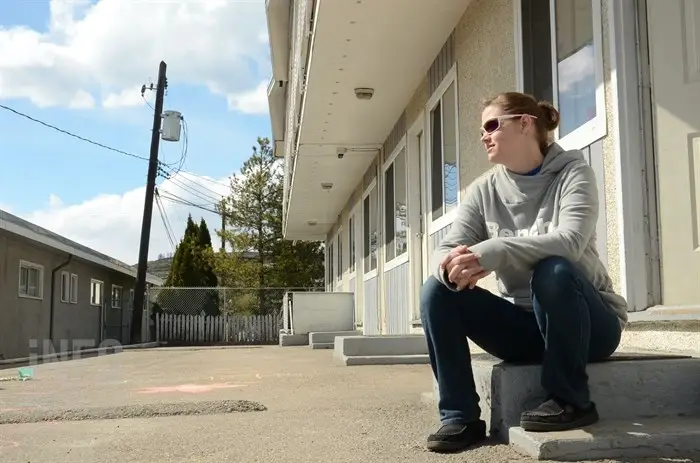 Mother of 3 children sits outside her room at the motel program in Okanagan B.C.

Many advocates and experts point to inflation and lack of affordable housing, which is just a euphemism for high-density housing that's either over-priced or government subsidized. Affordable housing is modest, single-family stand alone houses, but that supply is gone because those houses were all sold in the hot housing market. The other side of the equation is demand. Canada's population is rising at an unprecedented rate because of "Trudeau government’s history of, and plans for, high and rising immigration."

Vernon-Monashee MLA Harwinder Sandhu says they're investing $7 billion over 10 years to build 114,000 "affordable homes" in the area, with 32,000 already built or under way. That's not going to be nearly enough to support the unprecedented mass immigration forecast to come to Canada, a couple million of which are expected to land in British Columbia. Why are we rapidly growing the population, faster than we can house people, displacing Canadians onto the streets this winter? 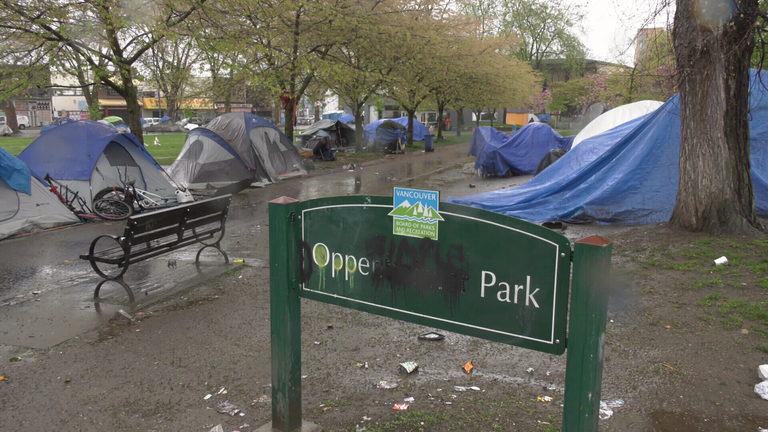 I only moved to this rental house because it was affordable, the location was manageable for my disability, and I had an agreement with the owner that I would live there until the house (his investment) was paid off, so that I could have a stable home for my children in the meantime. However, he now has flaming dollar signs in his eyes hotter than the housing market was and must sell and burn through that cash! Now my family will be homeless on Halloween this year if we don't find a safe place in an impossible housing market.

housing rent affordablehousing highdensity homelessness vacancy motel canada britishcolumbia
2 months ago by medikatie
527.01 BLURT
29 votes
$0.88
17
Authors get paid when people like you upvote their post.
If you enjoyed what you read here, create your account today and start earning FREE BLURT!
Sort Order:
[-]
medikatie  ·  18 days ago

Sweet, found a place! It's only a couple grand a month plus utilities, plus more "elbow grease" than my disability can handle, plus being told I'm getting a huge favour, plus taking responsibility for the previous tenants criminal amount of damage. I'm so happy to have moved in winter too, that really cuts down costs, makes things convenient, and helps me be dependent on my psycho mother.

Since your rental resume really matters, all these snow birds are almost as much of a problem as the junkies. So many rentals are for only 6 months until they come back in the summer, which is not acceptable for disabled people who can't manage to move often. We're expected to take anything to not be homeless this winter, but if we keep moving every few months it's going to kill us.

Real Estate prices have fallen by 50 % some places in Canada. I was reading that a house that sold for $800,000 last November can’t sell for $400,000 … you should let your Landlord know that now is probably not the time to sell. Or wait till next summer …. Maybe he will change his mind.

I track listings on Realtor.ca and houses are not selling. Nobody is buying a new house in this Market… prices are falling and Mortgage Interest rates are spiking.

The house sold last month and we have until late October to be out.

Oh. That’s not good. Does Vernon offer some kind of help for people in your situation ?

There are various private and govt-funded groups and organizations that offer various help, but generally it's for people who can't afford to pay rent (like newly-laid-off workers). Or it's for people with crack addictions, or who are immigrants or indigenous. And they are all swamped, we have done some research, called around, even got ourselves on a couple waiting lists. Most don't even have time to get back to people right now, they're so busy. So we are doing everything we can to do it the old fashioned free market way - following every possible lead and ad that might work for us, and doing our best to impress potential landlords (without being dishonest or phony). Odds are against us but I'm not willing to give up yet.
Sure would be nice to own, maybe after the crypto bull returns?

I would look up all the places for sale in your area and ask if people are willing to rent. I have noticed around here that houses go up for sale and after a few weeks they have a rental sign up. People are not buying since prices are dropping so fast….

That's an interesting concept. Not exactly sure how to put it into effect, but it's worth a try if the opportunity comes up.
We viewed a few places recently, hoping to hear back from people and get to the next step... which would be reference checks etc. Fun stuff.... lol sweatin just a little bit as the deadline continues to grind closer.

the property markets and in special the one with apartments or aparment houses is one of the biggest capital pools worldwide so its not only a problem in Canada or America, its the safe haven of all Investors who had speculated before in shares/stocks, bonds, options, currencies (including cryptos) and commodities.
This market and his acters are way far from reasonable decissions, they don´t hear to advise, I knew it from long years being involved in this market with various property agencies in Europe until today.
Nothing what comes up will stop this market from heading to this direction, not even the housing market crisis a few years back in the US, did any of you remember it, we had the same in Europe in 2007 and 2008 and we only have seen for one year some cheaper prices but from that time on we had continously rising prices in most of the places actually 150% above that level from 2008 and so 50% above the level from before the crisis.
So better not speculate on falling rental prices that will be a very rare and maybe temporal thing in isolated and unatractive places ;)

The rental Market is terrible. Especially in BC.

So many people in the same situation.

I think houses are much more affordable up in Princeton amd Tulameen …. 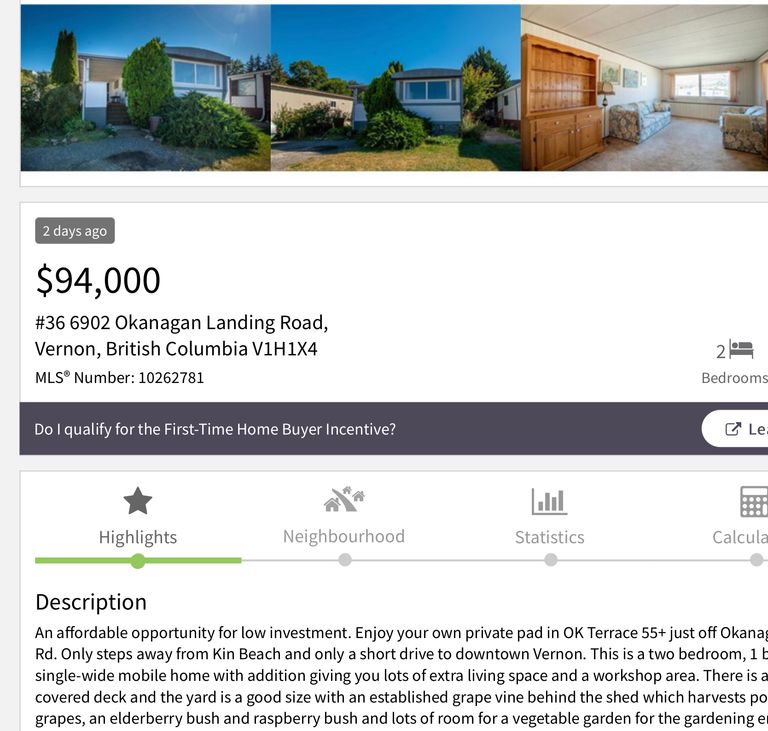 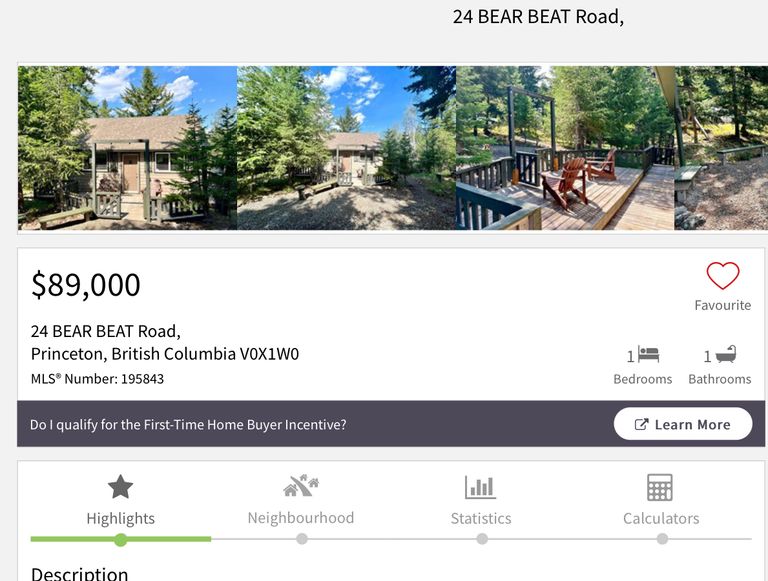 Those are decent prices. Too bad that a unit in a building costs what a whole stand-alone house used to cost a couple decades ago. Anyway, that would be feasible if the bank would give me a mortgage based on a tiny down payment and disability income to pay a fixed-rate mortgage. Disability income is technically supposed to be to pay rent, utilities, or a mortgage, but the latter is usually for people who grandfathered in, like got a mortgage when they still had a job and then went on disability. It would mostly depend on the bank. Another sad part is we need to be somewhere central since we don't drive, and a lot of those cheap properties or rentals even are far out in the boonies, which is so sad because that's exactly where we want to be.

Not a variable rate mortgage...that would be a death sentence to not lock in a fixed rate while they're so low - that's basically half the reason why we're getting evicted lol.

Housing should never have become a money making product it's a necessity.

I agree, but I don't want to beg for "affordable housing" because I see a slippery slope where this high-density, affordable housing becomes all government owned; meanwhile nobody can own a modest home anymore, no more middle class. Mortgages are getting ridiculously high, and landlords are getting big heads.

Greed is destroying the planet.

It sure is. It's like the Stanford Prison Project where the people who were assigned to be guards got aggressive and started dehumanizing the participants that were assigned as prisoners. Except in this case, it's the title landlord, and suddenly they get a big head after getting the keys to a nice big new house because the peasants in the basement pay the mortgage.

It's a total shitshow of a rental market. There's essentially nothing. Any actual suite that comes up is pounced on by 10+ people willing to pay top dollar and submit any private information that is requested. If you're not a "working professional" you can forget at least half of anything out there. Being disabled means you're unwelcome a lot of places, although they won't admit that. Same with having children. What are parents to do, if they can't get a mortgage to own a home? One thing I've noticed, is the mainstream media can't pretend it's not happening anymore. There are stories about it over the past couple weeks. More people are aware of the problem, although it's kinda hard to ignore now. RVs parked up and down residential streets, people sleeping in cars, shelters full, motels crowded with immigrants and junkies, what a disaster. Is this the downtown East side?