The True Origin of the Igbo Race.. (Where they Came From)

We are direct descendants of the priest from Levi tribe that was ceded to Eri clan, who led this two tribes to this part of the globe from east of Jordan, and everything our ancestors came with are all still with us, for example, the synagogue they established for worship, the very stone Joshua ordered every tribe out of the 12 to pick one as covenant between Israel and God, Epode, Thumpin, etcetera, which reveal God’s wish to the people. 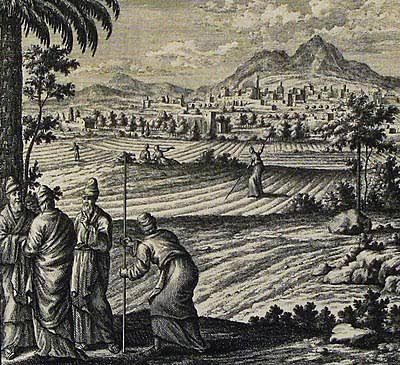 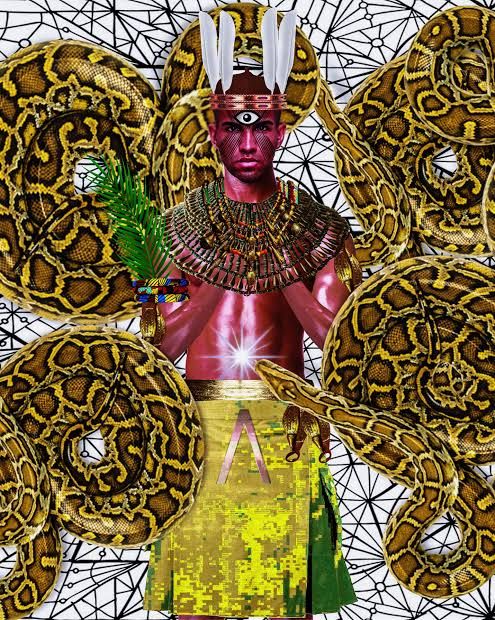 I once travelled to Akampisi Nri to see the Adama head to be told he lived in the state capital and could only see my entourage and I on appointment – which we rescheduled for a week.
I was there with a lawyer, his wife and Okebo II secretary. We revisited as scheduled and met the Adama head in his Obu in Adama Umudiana Akampisi Nri. After welcoming us, as we sat down, he demanded to know our mission and what we had brought to Obu Adama, for no one visits the Obu Adama empty-handed.

At that point, I told him that I was surprised he did not recognize the group that came into his Obu Adama; that when a father is hungry, he calls on his children to feed him and that is why we were there for our children to know we long heard from them. He then asked if I knew where I was, and I replied that I expected the head of Adama to have a third eye but if he did not, the Obu knew those that visited him.

At that point, he went inwards and brought us kola, drinks and money. We then thanked him for he had met our expectations and honoured him by allowing him break the kolanut as by tradition (he can’t break kolanut in the presence of his father) after which we presented ours, before we commenced business.

Before our visit there, the Nri people claimed that Adama meant (Adam) and that Nri the son of Eri fell from the sky as the Oduduwa children claim, which later in my book I would expose the Oduduwa might as my people was involved in the days of Ogiso the king of the sky the ancestors of the Idu Kingdom, as their priests.

I then told him how and what brought them, Nri, where they are today; that it was war between the remnant of Umueri Igbo and Igala in about 14th century led by Onojo Nwaobali, the giant warrior with six fingers and six toes from Ogbolis kindred, that produces Atah of Igala Kingdom. Igala call him Onojo Ogboni.

He raided the Igbo coastal lines from Ogulugu, camped at Ekpe farmland of Ikenga Umueri, where he lived with his warriors and raided as far as Rivers and Bayelsa states, capturing people down to Ogulugu inwards where he sold them to Arab merchants.

During this period, our young men didn’t go to farm but went in search of these warriors, that was why we shared our able-bodied men around the bank of Orimili River Niger, Omabala, Anambra River, Ezu River, where, after the protracted war, Nri people moved and lived with Achala na Isu in Umudiana Achala, the first village Akutaya founded in Achala and oldest of Achala villages. Akutaya is from Ugumeana, Ugume Umueri, where Nri rook off from and lived with them as brothers.*

It was from there, later, they moved through Ezu to their present abode. My other stories about Nri people will come up later in my books or in the daily papers.

The next group says Eri came down from Egypt to the confluence of Ezu na Omabala located at present Aguleri, with sculpture of Eri son of Gad in Igboland, that Eri died in Aguleri, is unfortunate. This group, historically, are not originally Igbo, as I will give little of their history here and now.

The firstborn male children numbered about 22,273 as at the Exodus, meaning departure, to be his own. And the areas each tribe and clans inherited is well stated in scripture, in my book. I will state to Igbo nation, the inheritance of Gad’s children, east of Jordan as demanded before they led that attack on Canaan, which Eri children got as their share.**

Some writers who copy what atheists wrote say Eri was first had in Ur in Babylonia not knowing that Babylonia was founded by Nimrod (the great hunter), the grandson of Noah (Gen. 10:8).

This original Agu-eri people whose names are (Ugwu na Adegbe), some answering Oroma or Enugu na Eziagulu, came down to us (Umueri) at about the 16th century. After, we had peace with the Igala from the Igala coastal area called Ibaji, meaning people living along the river coastal line. They moved from Odeke and Asowa towards Enugu-Otu and Eziagulu-Otu before their later migration to us.

In these two communities over Omabala or Anambra River, other Aguleri there are later migrations from Igboland or Igbakwu. Like I said earlier, the two groups came down to us about 16th century and later merged with part of Ugume Umueri children called Okpu, who was original Umueri and daughter of Ugume-Ana.

These two groups of Okpu and Igboezulu have been before the coming of Ibaji Igala people in the 16th century. It was the war between the remnant of Umueri Igbo and Urada that brought Igboezulu where they are today from the old family of Umueri Igbo, whose remnant then was Ogbunike (Egbunike) Okwuzuegbunam (Okwuzu) Nnameyi children in Umueri.

Nando and only daughter of Iguedo Onaocha present (Onitsha) war of Orada or Urada was between us the remnants of Umueri Igbo and the old Bende Division warriors, of Ada, Item, Abiriba, Ohafia, etc.

We had feast and festival together, attending each other festivals before their cannibalistic attitude came up and overwhelmed them after several warnings, these group of Murderers from old Bende Division known to us as our people that left like others as we never suspected them they never listened to emissaries sent to them

It was after destroying those who refuse to surrender that our men looted them and some occupied where they are today. Those that surrounded are in our midst today as part of us. This brought about the Adage ‘Dulum welem ma gi egbunam’ – meaning: take-me-own-me, but don’t kill me.

The other villages of Umungalagu, Isiokwe, are of Igbakwu Aboragin and partly from Obamili that took oath to be of good behaviours before being accommodated where they are today.

Unfortunately, the uninformed refer to Iguedo as their father’s sister not married please know it that your ancestor don’t have knowledge of who she is, that she was married to Nnameyi of Umueri Igbo, while she is the daughter of Nriaka Ugume-Ana children of Dabawu the priest from Levi tribe that led the Igbo Nation to this part of the globe.

Umunnoke was there before Ibaji Igala came to us, so we know who they are.

My appeal to this group of writers is to ask from those that will inform them of true position of our people because they are things on ground to show the truth.

This unfortunate lies about Igbo History and origin has been long spreading from our colonial masters whom are foreigners. These unfortunate writers don’t know the true history of their respective families.

Recently, those that said man emanated from Ape chimpanzees now are diverting in words that creation started from Africa not knowing that Ur in Babylonia is in the Middle East, and that was where Noah’s children and grandchildren dwelled or lived.

Thanks for your time

instablurt blurtconnect blurtafrica r2cornell history blurt blurttrbe
4 months ago by judexex
243.38 BLURT
6 votes
$0.61
1
Authors get paid when people like you upvote their post.
If you enjoyed what you read here, create your account today and start earning FREE BLURT!
Sort Order:
[-]
leifasaur  ·  4 months ago