Funny Stereotypes In My Country (Part 1)

My country Nigeria must be one of the most funniest country if there was any ranking and I have so many proofs... Too many that a post will be too long to cover it all. Someone once said that "Nigerians can take everything as a joke no matter how serious the situation looks" and that person was right to a great extent.

Well, I'm not going to write more about those situations that turned out to be jokes for my fellow Nigerians... For now, it's about some stereotypes or beliefs we have here.

There are so many stories and beliefs we were tod while growing up and we still hear them today, some of us even say it to our kids and so the story goes on from one generation to another. I still laugh at some when I hear but don't blame for believing in some... I grew up to.

Wearing your cloth inside out You might want to imagine you wearing a cloth inside out before you continue reading 😅 I always say "What was the person thinking to have wore the cloth like that?" I've seen a few people make this mistake and laughed about it to my dad... He almost immediately told me that the funny mistake is a "goodluck sign for that day".

I stopped laughing at once 😂

So if I should wear a cloth inside out by mistake, I'll meet a good luck that day? I asked my dad again to be clear and he reconfirmed 😅 you needed to know what ran through my mind immediately... How do I make that happen to me without doing it on purpose? 🤣

Well, I didn't know how true it was until it happened to my dad 😊 this would be a story for another day but I think this stereotype has some truth to it 😅 maybe I'm just being a typical Nigerian to believe it, don't mind me. I'll say this is an opposite to the first stereotype I had shared... A neighbour of ours once told me that I should stop screaming my brother's name at night because it attracts bad luck and evils. You can imagine the fear that gripped my mind when I first learnt about this belief.

I become extra conscious of how I call names at night... You'll see me go touch the person at night instead when I want to call them 😂 it's so funny when I do it but I was just being super scared. Another person confirmed the belief to me again, I had been careful since then.

Sometimes, I will even get angry to hear someone call my name at night... I'll be like "Do you want to kill me?" 🤣 don't laugh at me but this belief gets me being that way... I've outgrown it a lot now though. 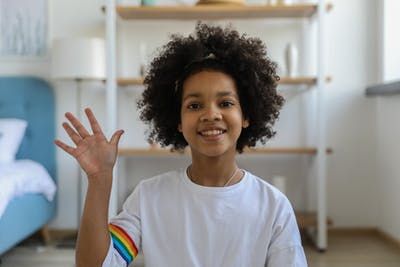 I don't know if this counts as a stereotype but I know it mostly happens among my country people. You wake up in the morning, maybe brush your teeth then go out of your room to greet your parents and they'll be like "Have you woken up?"

But that is just it, the same thing will happen the next morning. Well, neighbours are the most funniest and annoying ones about this stereotypes... How can one be asleep and be outside greeting a neighbor?

They'll still ask the question and mostly in our pidgin language "You don wake?" 🤦‍♀️😂 I feel paranoid just thinking about it right now 😂 don't mind me, we are used to it here.

There are more stereotypes/beliefs so I'll want you to watch out for my next post to read more.