judexex in openmic •  9 months ago  (edited)

Before I go into my open mic comedy story
do you know that, it is lack of trust in satisfaction that makes you eat meat 🍖 last, after finishing a plate of Rice 🍚 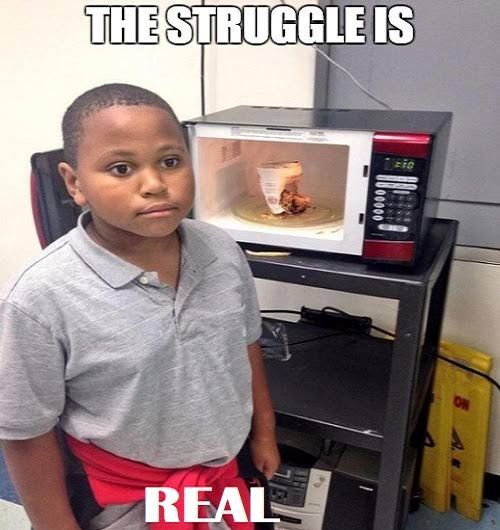 Ife was not sure of eating for the day after Squandering his feeding Money on friends.

His both parents travelled to the village for a marriage
within two days ife finished the money that was given to him for feeding and upkeep.

When he heard his parents were coming back the next day ife went and organize his friends to take him to the hospital.
ife pretended that he was beaten by some armed robbers who smuggle their way into the compound,

Ife have sold there television to play bet thinking he will win and buy the television from the same person as agreed.

as soon as the parents arrived home
ife friends where everywhere crying, talking about the unforseen circumstances.

Ife Friend :
Mummy armed robbers came into the compound and stole things and beat ife up, and he heard been at the hospital 🏥

Ife Mum :
She shouted in shock, so what about our neighbors, Jesus oh.

Ife Father :
after looking around
Ife father whisper to ife mother,
woman why is it that only ify friends are here even our neighbors did not even came out, even my close neighbors that is my friend is not here, something is not right..

Ife father quickly started shouting, threatening to kill him self,

Ife friends had that and quickly rush to ife father please nothing is wrong with Ife 🤣🤣,
don't kill your self, he use your television 📺 as collateral to borrow money and lost the money to sport betting.. " one game cut" 🤣🤣

As the father turned back he saw ife.

ife said papa hungry wanted to kill me ,
(sapa won kill me) my choice was on that television

Ife father :
Today you better go and un-choice the television back.. 😳🤣🤣🤣🤣

😂😂😂
That pretense part got me, the father plan to commit suicide got his friends super scared... Too bad, Ife have to go unchoice the television back 🤣🤣🤣 is there a word like that?

That was a funny one team mate... All the best to us

there is no word like that oh but we move regardless... ife has to un-choice 🤣🤣🤣

Hahaha nor be lie, we move 😂