Microblog of the day: jealousy of the dog's place!

During a home visit last week, I took pictures of the dog I saw while climbing the stairs. He must have realised that his pictures were being taken, because he looked at me without moving from his place.

The dog was lazing around in the most spectacular place of the detached, single-storey house and did not seem to be acting with a protective instinct by nature. The closed garden and gate of the house was an indication that no one was home, and while it was normally expected to bark at anyone approaching the garden and try to drive them away, I admired his indifferent attitude and his behaviour of enjoying his place.

Maybe the heat had something to do with it. Maybe he was on strike because of the insufficiency of the food provided or the lack of variety, but in any case, it was clear that he was not doing his duty. There was no dissatisfaction with the situation and there was a dog enjoying his holiday.

It reminded me of my laziness during seasonal transitions, especially in winter. When the intensity is experienced one after the other, the need for a holiday makes itself felt intensely both physically and mentally.

The fact that the summer months will continue to be intense and the fact that we are still in the middle of the summer season reveals the fact that there will be no alleviation in work intensity. It will stagnate a little in autumn and become even rarer in winter, giving way to long lazy days. 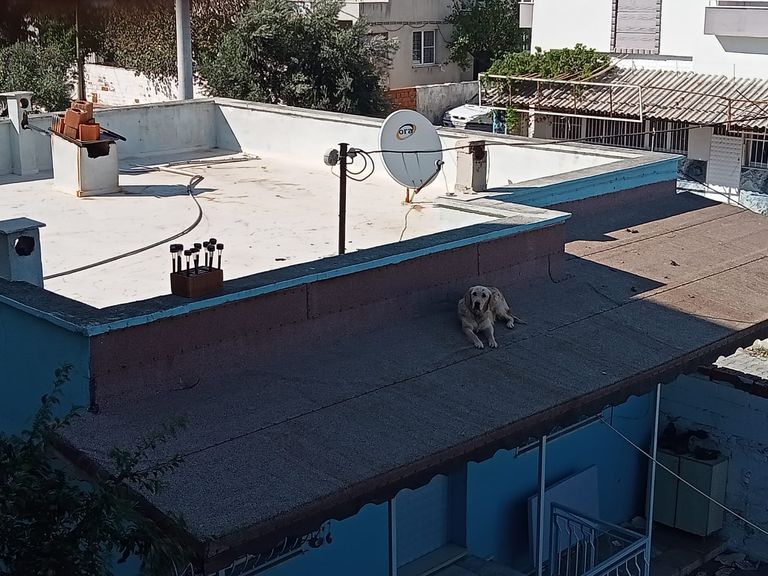 r2cornell blurtconnect blurthispano visualblock dog life hot
2 months ago by foryoubtc
123.00 BLURT
16 votes
$0.35
2
Authors get paid when people like you upvote their post.
If you enjoyed what you read here, create your account today and start earning FREE BLURT!
Sort Order:
[-]
scilwa  ·  2 months ago

Congratulations, your post has been curated by @scilwa, which is the curating account for @R2cornell's Discord Community.

Thank you for this.