clixmoney in russia •  3 months ago 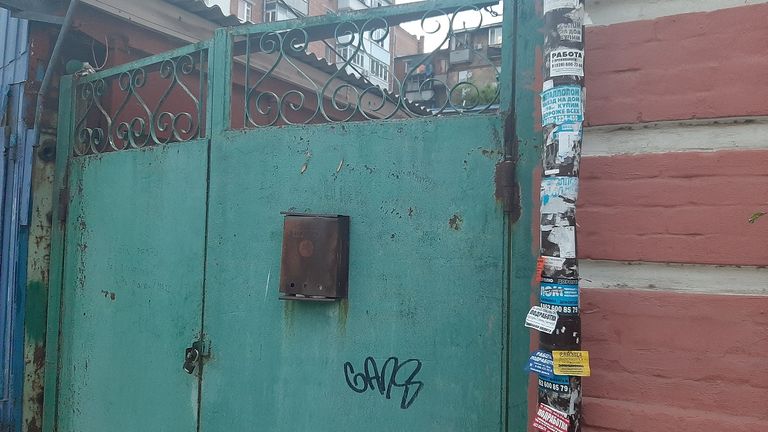 This is an old door of a Russian house I took a picture recently. And I've seen so many of such doors.

The information machine mostly funded by those who have interests in that.

But what about people who are never mentioned. People who barely survive in many places in the world. People who may don't even have a TV. Or never used a PC or a phone. You think such people don't exist ? They exist trust me. And I've seen such people. Because I worked with people, especially when I was repairing pcs. You can't imagine how many times I was called to make an old PC working. There are so poor people who buy the cheapest broken PC or find it somewhere and try to reanimate it. Of course, I tried, but that not always worked. And for some people paying $10 for repairing the PC is so hard to do. And I've seen so many houses from the inside. There are people barely surviving. 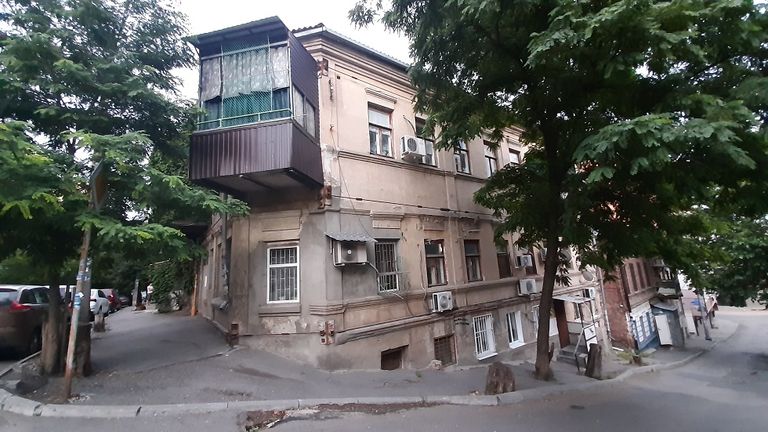 There are so many of such houses where you'll see a part of the window under the floor.

When I was a student, I lived in a little town where some people had a salary less than $100 a month. I don't even know how they could survive with that. Even me, I had to work as a security guy, and I was paid about $90 a month. Imagine that. Even though I had my mother helping me, and my father sending me money sometimes. So, I barely made it to finish my university. So, imagine those who have no one to help them. Imagine old people living alone, disable people, and many other types of those people who barely survive. Will they care about politics ? Will they have time to protest against anything ? They don't care about the world, because the world don't care about them. That's how they feel I guess !

And now let's talk about those who are pushing everyone to talk about the global situation. What such people who barely survive can do ? Nothing. Because I knew such people, they do everything to at least have their little pension, that even hard to get in our time. Even my mother didn't get it, no matter what she does. They find the excuse to tell her that she wasn't living in the country for so long. That's why I did my best to help her to leave the country to live with my sisters in another one. While here she was also barely surviving, and I was helping her. I'm glad I paid all her debts, and I bought for her a ticket. I've spent about $2000 for that, but I know that she is living now better. And she even doesn't have to work. Because my sisters can afford to help her. Of course, I miss her, but what else I can do. I talk to her using Facebook with VPN, what's blocked in Russia by the way. And I don't know if I'll see her again in real live or not. I have to care about my family here.

And some people trying to push me for a political debate, while they don't know anything about me. The same maybe they don't know about many Russian people who barely survive or have their lives to care about !

It's hard to talk about all this. And that hurts. But what else I can do ?

I live ok now, but still can't travel because of my financial situation.

So, never think that all people are the same.

Some are barely surviving !

russia people family proofofbrain politics
3 months ago by clixmoney
400.16 BLURT
27 votes
$1.02
32
Authors get paid when people like you upvote their post.
If you enjoyed what you read here, create your account today and start earning FREE BLURT!
Sort Order:
[-]
techclub  ·  3 months ago

Follow techclub DISCORD for more updates and use tag #techclub for tagging content
you can also delegate to @techclub to support curation
0.00 BLURT
$0.00
[-]
dsc-r2cornell  ·  3 months ago

I live ok now, but still can't travel because of my financial situation.

I hear you. Ive been trying to travel to @lucylin but we both broke. . . Hope Blurt prices will go back up soon. . .

Barely surviving is very relevant to place of birth like in London for example you can barely survive on £1,500 a month I would say since a room in a shared house, not even having your own house would be £800/£900 then bills you would probably end up with £200 to spend on food for the month. In Thailand you can probably live all year on that? @world-travel-pro ?

You could always do a blurt funding proposal for an international promotional event ?......
I'm sure we can offer something in return as a 'thank you' when you arrive .
.....but definitely no 10% discounts for services rendered - We aren't that cheap...Well I am actually, now that I come to think of it - but you're most certainly not, mademoiselle !...

We aren't that cheap...Well I am actually, now that I come to think of it - but you're most certainly not, mademoiselle !...

Ok can I also get a proposal for @thirdeyecrown s flight to the Uk we could do couple blogging and showing an American around London?

No can do.
Your proposal has been scientifically proven to not be as much fun as the initial proposal - fun and blurt are synonymous.

Try next year, and thanks for participating.

I mean, our proposal is definitely a lot more fun and juicy. . . .
But who knows maybe they can accept both. . .
I am rooting for @ultravioletmag and @thirdeyecrown , but obviously not as much as for us. . . .

Unless they also happy to do some offering to the Blurt community. . . .
But even then, tbh, we'll still be way more fun. . . .

So what fun are you offering?

Good luck in the Uk haha although the job I was on the other day they said there were always grass snakes on the golf course! I have been dying to see a grass snake since I was a child!

btw, you can find them snakes on hamstead heath . . .

someone i know found an adder in his garden, he lives in Herefordshire, saw the pic, it was huuuuge, like almost 2m long. got tangled up in the net, he covered the veg with. he ended up rescuing the snake, and let him free

so there are snakes around here too . . .

Get yer ass over to where its hot and sweaty...

The man should always make the effort first ... I’m not much of a feminist sometimes 😝

LoL, @lucylin will defo gonna write a novel on this, why you are wrong, lol. . .

But i agree with you (shhhh).

'I felt a disturbance in the force' - one that got me out of bed so early...Maybe this comment was it...

It’s an interesting topic as my American bf thinks I am not interested 90 percent of the time cause I don’t initiate moves but in the Uk it’s pretty much considered off putting to make first moves as a woman or initiatives early on. I can’t help the cultural conditioning on my subconscious.